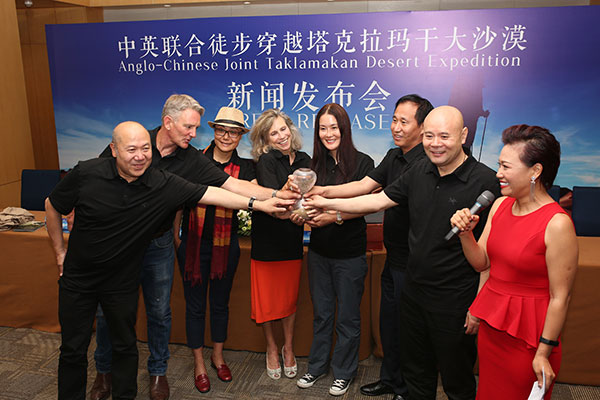 A team of five female explorers from China and the United Kingdom will hike across China's Taklamakan Desert in September. (Photo provided to China Daily)

Dozens of experts and entrepreneurs from China and around the world gathered in Beijing recently to attend the first Adventure Travel World Leaders Forum.

Keynote speakers delivered speeches about the prospects for the adventure tourism in China and its future development, while explorers shared their breathtaking tales of adventure from every corner of the planet.

The global adventure tourism market was valued at $446 billion in 2016 and is projected to reach $1.3 trillion by 2023, according to Allied Market Research, a global market research firm. The market in the Asia-Pacific is growing at the fastest rate, as the region continues to attract increasing numbers of adventure seekers from around the globe. 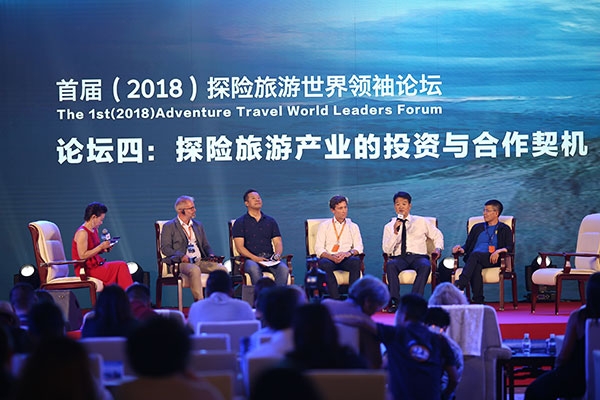 According to the forum, at least 130 million Chinese people take part in simple adventure tourism sports like hiking every year, while more than 60 million are involved in more riskier sports such as rock climbing or gliding.

Duan Qiang, president of the China Tourism Association, said that while China's adventure tourism market was still in its infancy, it's development would rely on the industry's ability to break the mold and offer more creative products and services. Duan also suggested the industry invests in online training platforms to help foster talent.

At the forum, a team consisting of five female explorers from China and the United Kingdom announced that they were planning a 70-day trek across the Taklamakan Desert, China's largest uninhabited expanse, in September.

The expedition will be lead by British explorer Rosie Stancer, and the team will include Chinese climber Sun Hong, who conquered Qomolangma (also known as Mount Everest in the West) in May.