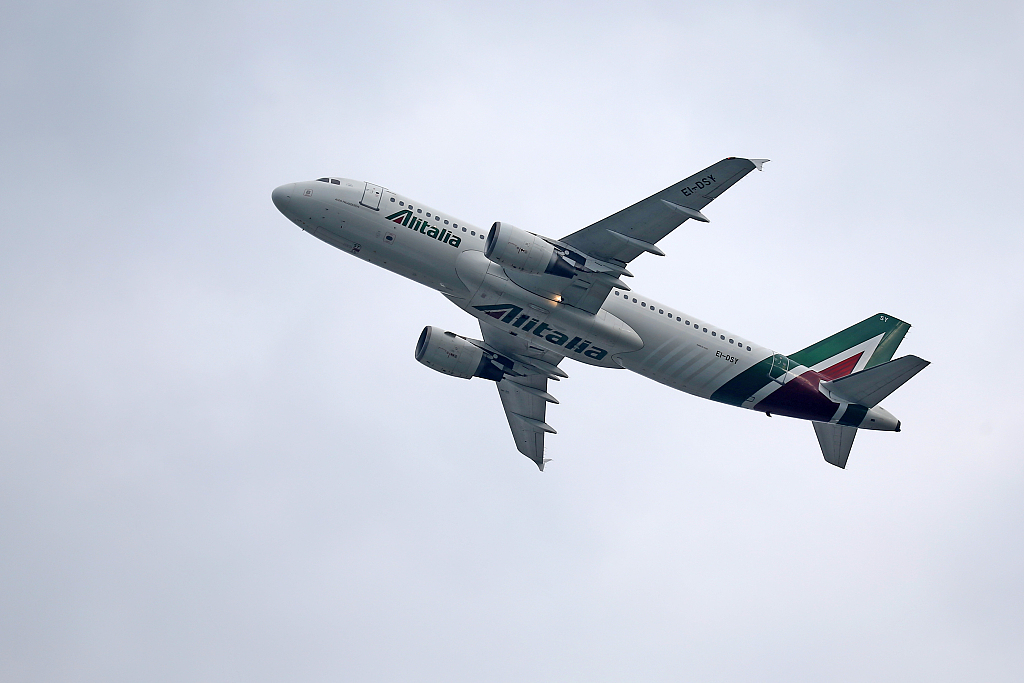 The Airbus A320 of the airline Alitalia during the Linate Air Show 2019. (File photo: VCG)

ROME, June 2 (Xinhua) -- Alitalia, Italy's flagship airline, formally launched long-haul flight from Rome to New York on Tuesday, a day before the country opens its borders to other Schengen countries.

The airline is being relaunched under state control after it failed to attract a buyer in the leadup to Italy's national coronavirus lockdown. Since early March, the lockdown has all but shut down the airline aside from some cargo flights and a few flights used to repatriate Italians from coronavirus hotspots.

Italy's Ministry of Economic Development has said the airline would relaunch its services in June. The full scale of the relaunch will be visible on Wednesday, when the country opens its borders to unrestricted national travel for visitors from the 25 other countries in the visa-free Schengen area.

But Tuesday saw the symbolic restart of the airline's most popular direct, long-haul route, one that had been closed down because of the coronavirus pandemic. The eight-hour flight will run twice a week.

The airline said other flight routes will be added in the coming days and weeks.

All the flights will take place with social distancing rules in effect, meaning passengers would board one at a time and seated at least 1 meter away from each other. The company will also schedule more time between flights in order to disinfect each aircraft before passengers for the next flight can board. The rules mean flights will be capped at 33 to 50 percent capacity depending on the type of aircraft.