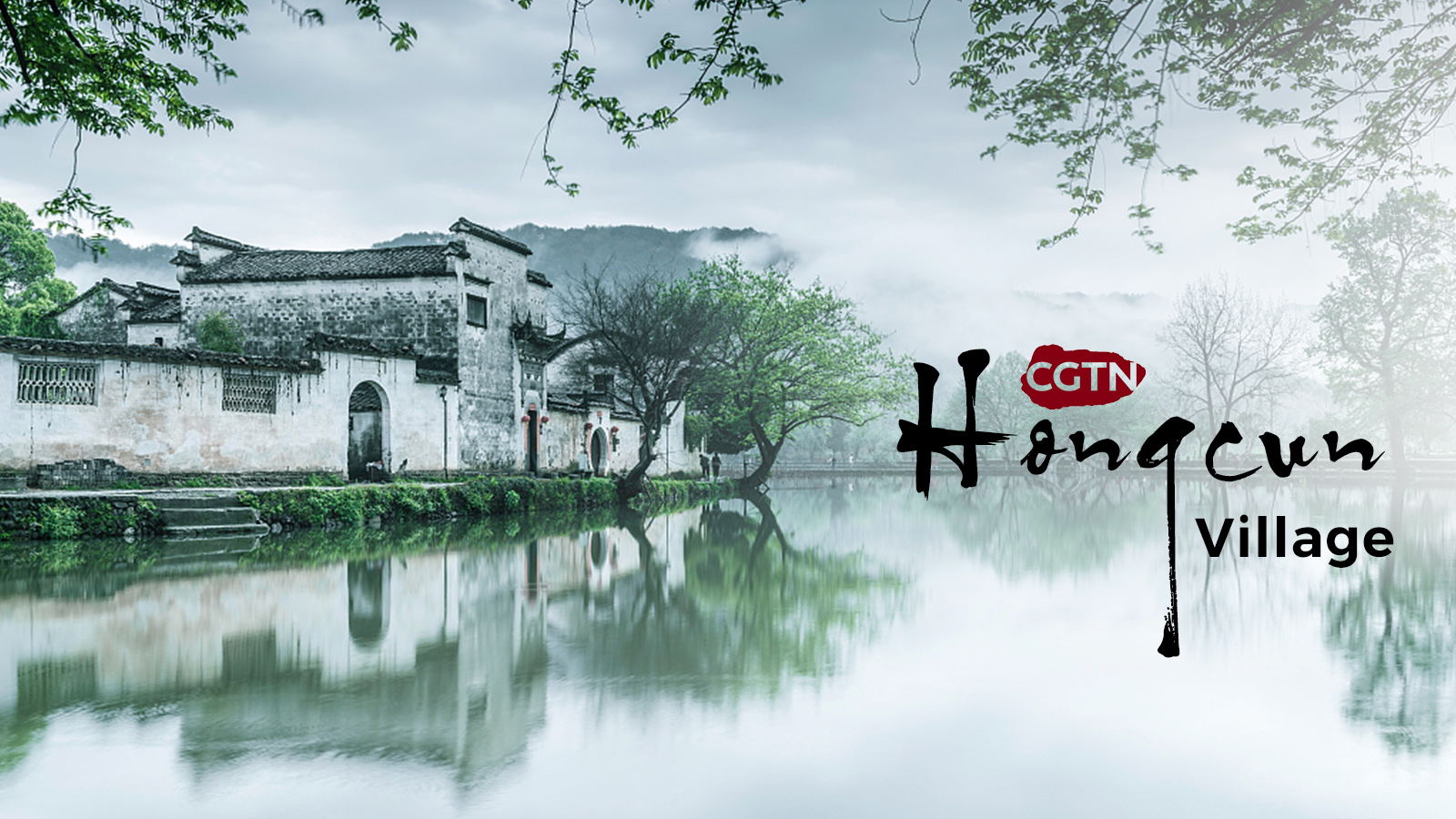 East China's Anhui Province is home to a UNESCO World Heritage Site that showcases China's past glory with local characteristics. This episode of "Ancient Charm of China" takes you to what people usually call "an old village in a Chinese painting."

Lying under the famous Mount Huangshan, the 900-year-old village of Hongcun has kept its tranquil vibe and distinctive Hui-style architecture – one of the major Chinese architectural styles from ancient times.

The exquisite houses, ancestral halls and memorial archways were built during the Ming and Qing Dynasties (1368-1912) with recognizable white walls and grey slated roofs. Its unique architectural style is conveyed in plain colors but adorned with delicate carvings of various kinds.

One of the best examples is the Chengzhi Hall constructed by a well-off salt merchant in 1855, which is now open to the public. Visitors could catch a glimpse of the intricate woodcarvings and the impressive crossbeams, doors and windows, where five kilograms of gold powder was used during the construction.

The whole layout of the village resembles an ox with the Leigang Hill being the head and two huge trees on the hill as the ox horns. The residential area makes up the body and four bridges form the four legs. Inside the village, a system of ponds and water channels are considered its organs.

Apart from ancient residences, Hongcun highlights gorgeous water scenery. Moon Pond, a large semicircular artificial lake in the center of the village, is always in the spotlight. The mirror-like stillness of the water creates a calming atmosphere, perfect for some instagram-worthy pictures.

In the Chinese context, the full moon symbolizes prosperity. Then why wasn't the pond created that way? It's said that despite the meaning that the full moon carries, the half moon appears for longer than the full moon in the lunar cycle. By choosing the enduring shape of the half moon, the locals hoped they might preserve the prosperity of the town.

Hongcun rose to fame and popularity when it appeared on the big screen for the movie "Crouching Tiger, Hidden Dragon" directed by Ang Lee. Nowadays it enchants thousands of visitors from home and abroad each year.

Transportation: Take the bullet train to Huangshan North Railway Station where tourist buses are available to get to Hongcun directly. Along the bus route, you'll pass Xidi, another popular ancient village that is worth your visit, if time allows.