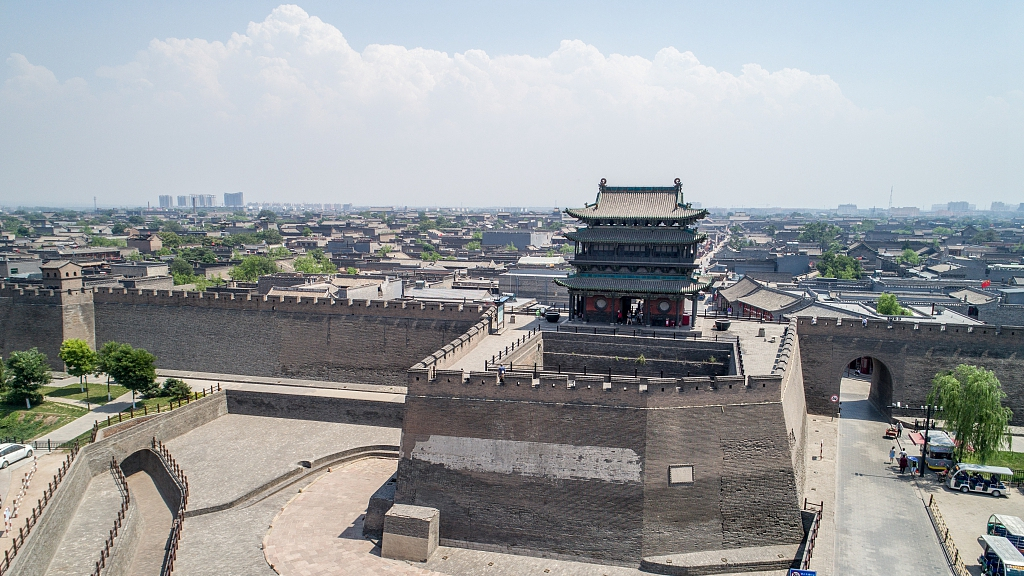 This episode of "Ancient Charm of China" takes you to a UNESCO World Heritage Site in north China's Shanxi Province called Pingyao. Established in the 14th century, the ancient city has stood the test of time.

As the birthplace of Chinese banking, Pingyao once served as the financial center of imperial China and played a significant role in Shanxi's economic development in the 18th century. That's why it is reputed as the old "Wall Street of China" due to its impact similar to what Wall Street is to the U.S. to some extent.

With the entire city enclosed by walls, Pingyao features residences and architecture built in the Ming and Qing Dynasties (1368-1912). Its layout reflects the development of the architectural style and urban planning of the Han cities over more than five centuries.

Today the relics of its glorious past endure and stay impervious to the madness of modernity, presenting the original grandeur to the visitors from home and abroad.

There are "three treasures" in Pingyao that are on the must-visit list, respectively the Ancient City Wall, Shuanglin Temple and Zhenguo Temple. The city wall is considered one of China's best-preserved city walls stretching six kilometers.

Shuanglin Temple and Zhenguo Temple are Buddhist temples that house plenty of ancient painted sculptures that demonstrate the exquisite skills of the artisans in China's history.

The local cuisine in Pingyao is characterized by wheat-based foods such as noodles and buns. "Pingyao Wantuo," a type of noodle derived during the Qing Dynasty, is one of the most popular traditional local snacks. With a pliable and smooth taste, it is often served cold and coated with sauce.

Visitors are usually drawn to the Mingqing Street inside the ancient town to have a taste of the local delicacy. Various food stores lined along the street will definitely indulge your appetite.

Transportation: Take the high-speed train to Pingyao Ancient City Railway Station and then transfer to bus No.108 to the destination.

Time to visit: All year round.