TRAVEL Another 261 Chinese tourists trapped in Saipan return to Beijing

Another 261 Chinese tourists trapped in Saipan return to Beijing 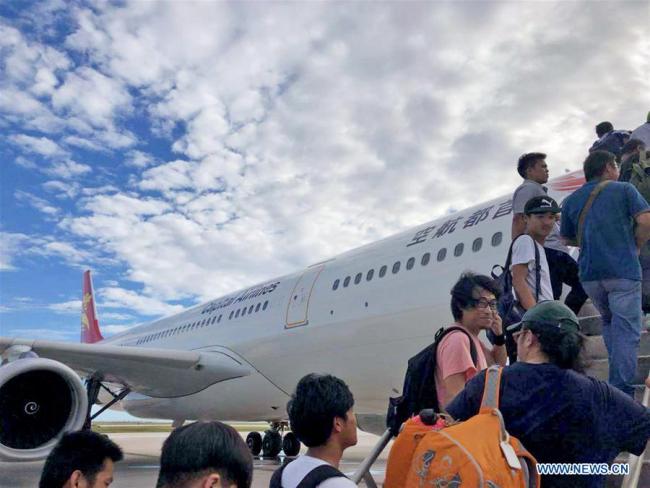 Yutu, one of the strongest super typhoons in history, slammed the islands of Tinian and Saipan Wednesday. The Saipan airport was badly damaged and unable to provide refueling service.

Another flight has been scheduled to take off at 6:30 a.m. Monday to pick up nearly 300 Chinese tourists home, according to the company.