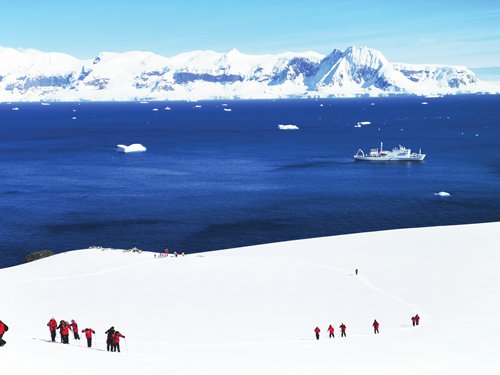 Chinese tourists to the Antarctic make a hiking excursion while their ship waits. (Photo: Global Times)