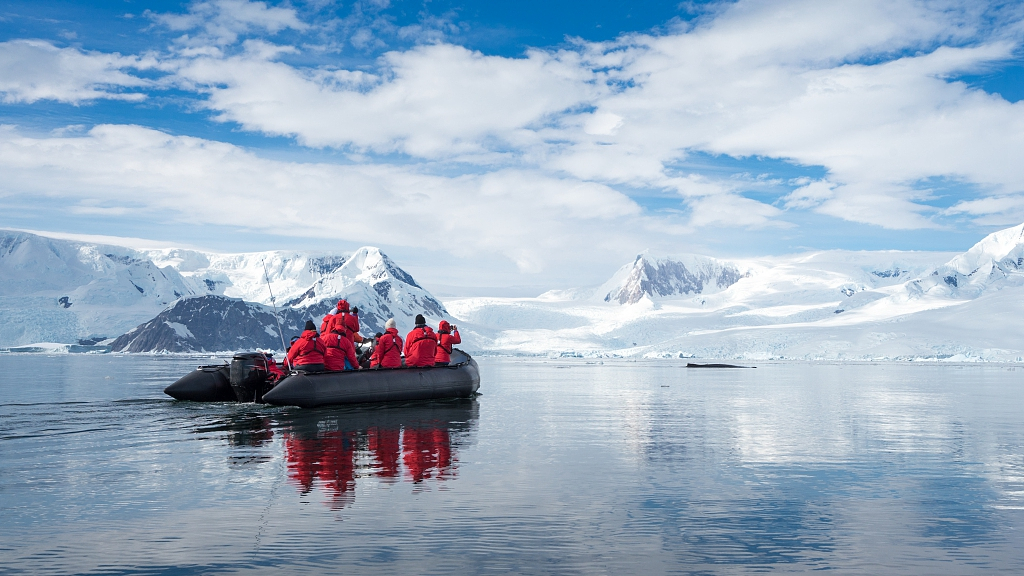 The past decade has witnessed the growing popularity of Antarctic tours for Chinese tourists. In 2008, less than 100 Chinese tourists set foot on the southernmost continent. Ten years later, the number reached more than 8,000, making China the second largest source of tourists in Antarctica, after the United States, as the International Association of Antarctic Tourism Organizations (IAATO) reported.

It's expected that the number of Chinese visitors heading to Antarctica would rise to over 10,000 during the 2018-2019 Antarctic season, according to the China Tourism Academy. That is to say, of every five visitors to Antarctica, there will be one from China.

In addition, an increasing number of Chinese youngsters are willing to embark on polar expeditions, with those born in the 1980s making up 46.5 percent of total tourist number and those born in the 1990s accounting for 23 percent, according to the report released by Ctrip, a Shanghai-based online travel agency.

Group travelers are in the majority, and most of them come from big Chinese cities such as Beijing, Shanghai and Shenzhen. Smaller cities in the country have witnessed tourism growth, too. The top 10 departure cities for Antarctica are Shanghai, Beijing, Hangzhou, Guangzhou, Chengdu, Shenzhen, Nanjing, Chongqing, Xi'an and Wuhan.