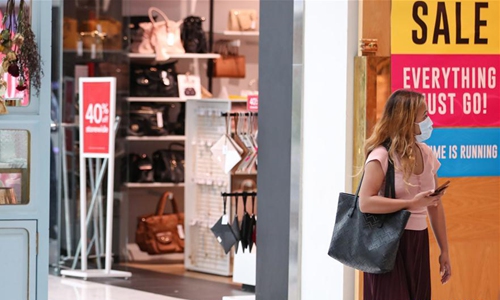 A woman wearing mask walks in a shopping mall in Sydney, Australia, on March 2, 2020. (Photo: Xinhua)

All non-residents will be banned from entering Australia as COVID-19 is spreading globally, according to Australian Prime Minister Scott Morrison on Thursday afternoon.

To be effective from Friday night, the ban followed declaration of an unprecedented human biosecurity emergency on Wednesday.

Australian citizens will be able to return, but will be subject to a mandatory 14-day self-isolation.

According to the Department of Health of the Australian government, there have been 565 confirmed cases of COVID-19 as of 6:30 a.m. local time Thursday, a 24 percent increase from the day before.

Of those cases, 259, or 45 percent, were considered to be overseas acquired.