The Australian government has announced 11 million Australian dollars ($7.92 million) in additional funding to lure Chinese tourism groups to the country.

Simon Birmingham, the Minister for Trade, Tourism and Investment, unveiled the boost for the Approved Destination Scheme (ADS) on Tuesday, saying it accounted for one quarter of the annual Chinese visitors to Australia. 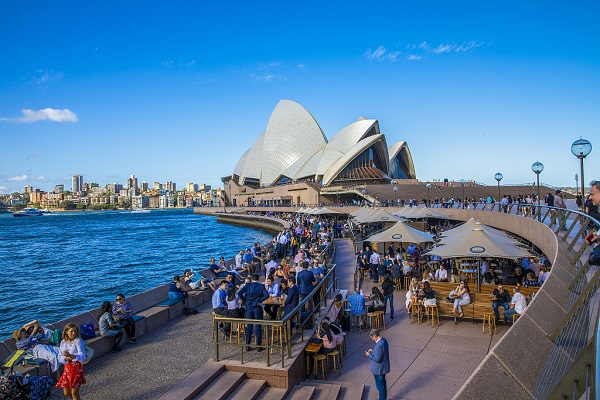 According to Tourism Australia 1.42 million people visited Australia from China in the 12 months to September 2018, spending 11.5 billion AUD ($8.28 billion).

Birmingham said those who came via the ADS spent an average of 865 AUD ($623) per night in Australia, promising that the additional investment would "pay for itself many times over."

The ADS has been a huge success story helping to lure and facilitate the travel of many Chinese tourists on tours to Australia, he said in a statement on Tuesday.

"It's a major reason why China is Australia's fastest growing and highest spending inbound tourism market.

"Australia's scheme is regarded as best practice with strict accreditation requirements and ongoing monitoring of tour operators helping to ensure Chinese travellers who visit Australia on a tour get the highest possible quality tourism experience.

"China still presents enormous opportunities for growth and the more tour groups we can attract to Australia under the ADS, the more tourism dollars injected into Australian businesses and our economy."

David Coleman, the Minister for Immigration, re-affirmed the government's commitment to making it as easy as possible to travel between China and Australia.

"In addition to the ADS, our government continues to improve the competitiveness of our visa system for Chinese visitors with the trialling of 10-year multiple entry visitor visas and online visa lodgements," he said.

"Initiatives that make it easier for Chinese tourists to travel to Australia such as online visa lodgements and enabling lodgement applications in simplified Chinese will only further boost the attractiveness of Australia as a holiday destination."