Sunbathers, surfers and tourists were banned from Bondi Beach on Saturday in efforts to contain the coronavirus, which has now infected more than 1,000 people in Australia. 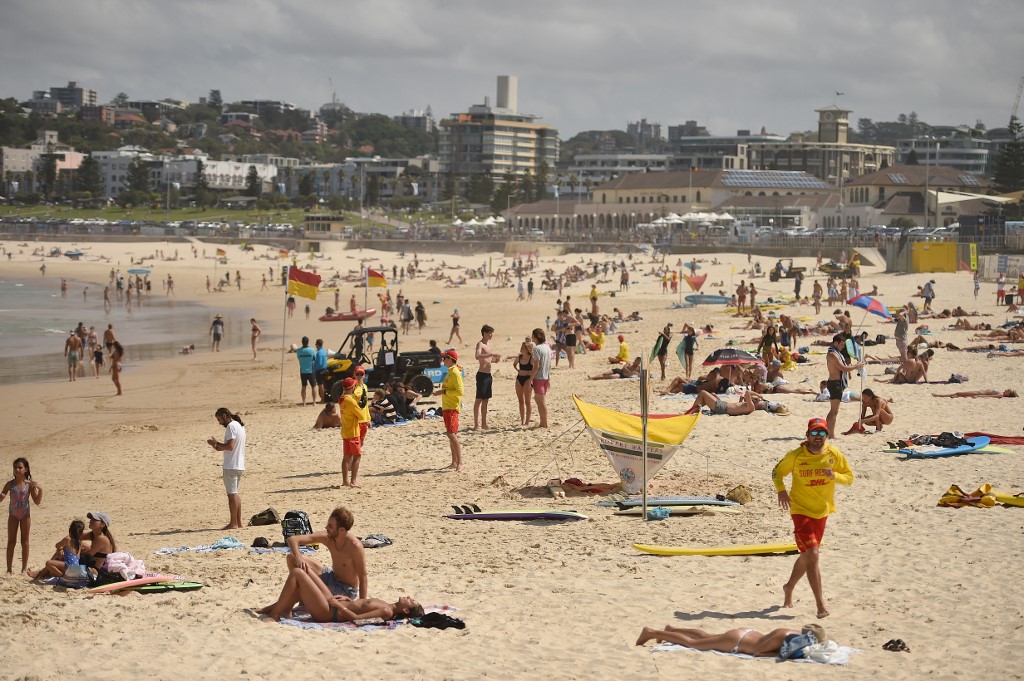 People sunbathe on Bondi Beach ahead of its closure in Sydney on March 21, 2020. (Photo: AFP)

Lifeguards emptied the sands of daytrippers and police taped off entrances to the beach in Sydney, before closing several more of the city's popular swimming spots.

The temporary measure comes after photos were shared online showing mostly young beachgoers packed together -- drawing howls of protest in the media and from officials who have forbidden non-essential outdoor gatherings of more than 500 people.

"This is not something we are doing because we are the 'fun police'... this is about saving lives," New South Wales state Police Minister David Elliott told reporters.

Meanwhile a whole region -- the vast Northern Territory -- said it would close its borders next week, forcing arrivals from elsewhere in Australia to quarantine for two weeks.

The measures announced by the territory's chief minister, which begin on Tuesday, were aimed at addressing fears over the safety of remote indigenous communities who may be more vulnerable to an outbreak.

Australia's confirmed cases climbed to 1,068 on Saturday. Among them are 10 US tourists quarantined in South Australia.

The nation has taken a series of drastic steps to contain the spread of the contagion, including closing its borders to foreigners and non-residents.

At Bondi, people looked on at the desolate sands from the promenade after being told to leave the beach.

"I think it's about time we take our responsibility even though it's taking away something we value so much," Bondi local Leila Alem told AFP.

Prime Minister Scott Morrison has so far stopped short of ordering people to stay home or the shutdown of non-essential businesses, as introduced in some parts of the world.