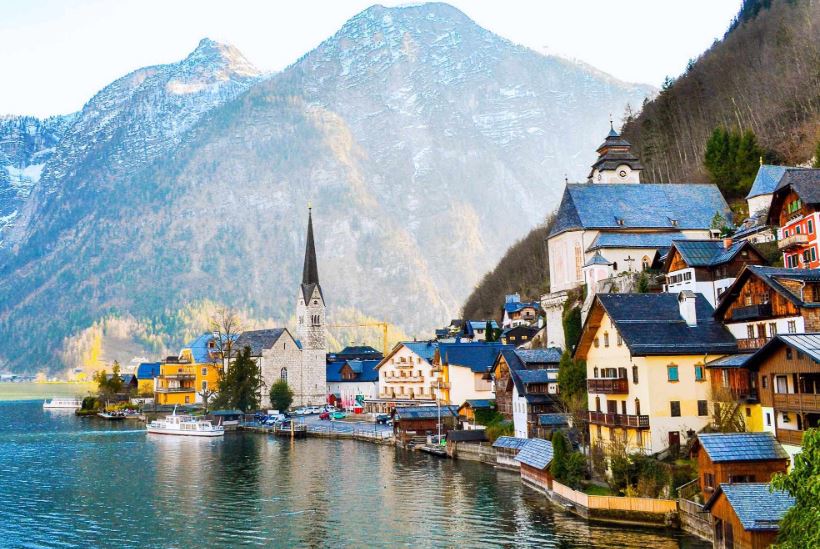 More than 973,000 Chinese tourists visited Austria in 2018, up eight percent year-on-year, while more than 70,000 Austrians visitors came to China. That is the highest one-year tally since the two governments signed a tourism cooperation agreement in 2010, data from China Tourism Academy show.

"Austria has an excellent reputation in China as a cultural superpower and deservedly so," said Dai Bin, head of the Beijing-based academy. He said the signs were good for strong development.

Dai said many Austrian orchestras have performed regularly in China. Artworks from both the past and present have been showcased in China and Austrian artists have held many successful exhibitions. 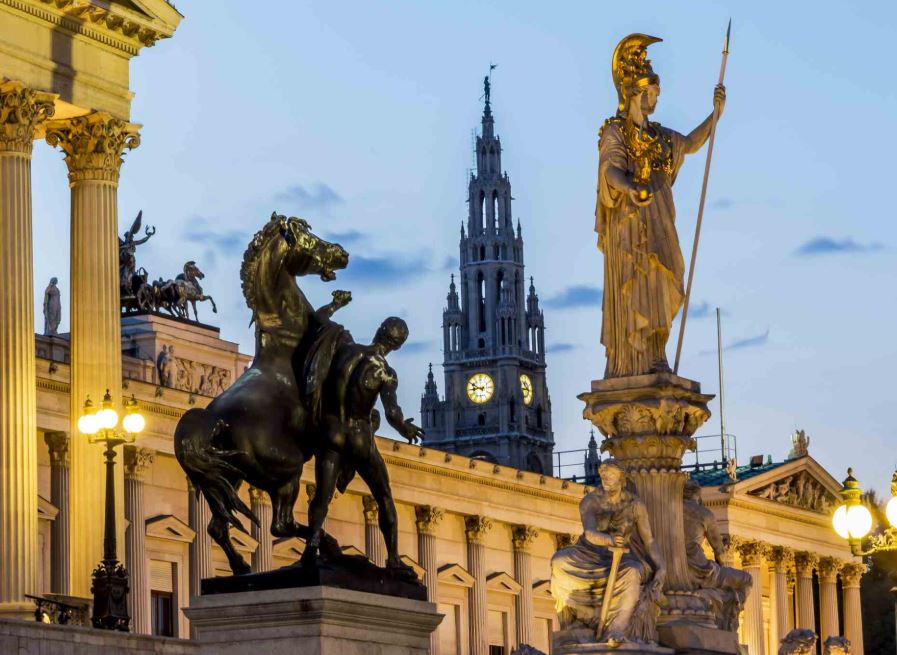 The Parliament Building, the City Hall and the Pallas Athene statue in Vienna, Austria. (Photo: VCG)

A report released by Beijing Normal University in March forecasted that about one million Chinese tourists will visit Austria in 2019.

According to the research, the majority of Chinese tourists heading overseas had medium to high incomes. Many tend to choose self-planned and customized vacations, as well as sport-related holidays.

Zhang Yuxin, professor of business at Nankai University in Tianjin, said much of the growth in Austria's tourism was being driven by visitors from Asia. Asian visitors included tourists from China, South Korea and India.

Thanks to their growing disposable incomes, demand has grown for in-depth travel, not only to major cities, but also to towns and the countryside.

About 56 percent of those tourists chose to stay in five- and four-star hotels.

"We also found that many Chinese tourists prefer to visit Austria, Germany and Switzerland together when making their travel plans because they are closer to each other and can share the air routes," Zhang said.

"The rapid advances in information technology in recent years give Chinese users instant access to real-time information on almost any topic," he added.

Zhang said Austria has started to develop the peer-to-peer economy and new online payment approaches to cater to Chinese tourists.