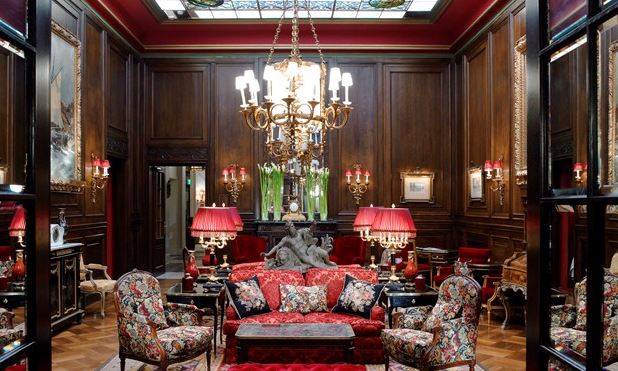 VIENNA, Feb. 11 (Xinhua) -- A 22-year-old employee of Hotel Sacher in the Austrian capital was named "International Receptionist of the Year," the hotel said on Tuesday.

Nikola Farkas, who has been working at the historic luxury hotel since May 2018, is the first Austrian to be awarded the "David Campbell Trophy", named after the chef de reception at the Ritz Hotel in Paris, by the International Association for Deputy Managers and Front Office Managers of Luxury Hotels (AICR), according to local media reports.

The award has been given annually by the AICR since 1995. Farkas had to demonstrate his skills both in a written test and a role play test at this year's AICR Congress, which took place in the Polish capital Warsaw on Feb. 5-9.

"Listen carefully and always remain authentic -- I think that's what makes a good receptionist," said Farkas, who prevailed against 14 colleagues from all over the world with his calmness and friendliness.

It is also famous for the specialty of the house, the Sachertorte, a chocolate cake with apricot filling.