Bali volcano hurls ash for second time in a week 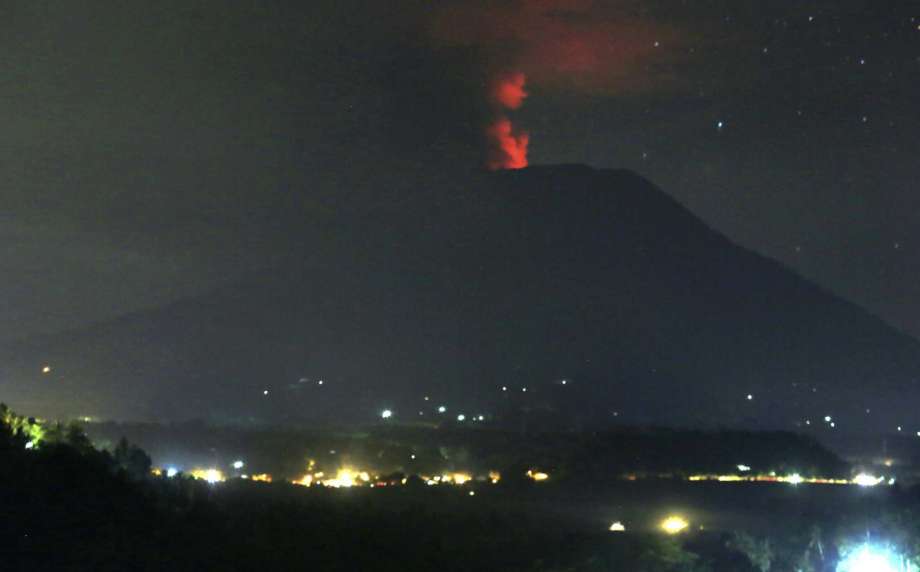 A volcano on the Indonesian tourist island of Bali erupted for the second time in a week, disrupting international flights even as authorities said the island remains safe.

The ash column from Mount Agung rose 1,500 meters (4,900 feet) following an eruption that began about 5:30 p.m. Saturday and has continued for several hours, said Indonesia's National Disaster Mitigation Agency. Villages close to the volcano were coated in a thin layer of ash.

Ash clouds were moving to the southwest, away from the island's international airport, which remained open, said disaster agency spokesman Sutopo Purwo Nugroho.

The volcano's alert status has not been increased from the second highest level.

Australian airline Jetstar canceled nine flights to or from Bali Saturday evening and said it was delaying several Sunday flights to give more time to monitor the situation.

Sutopo said that in total, eight international flights to and 13 departing from Bali were canceled. He said about 2,000 passengers were stranded at the airport.

Authorities say anyone still in the exclusion zone around the volcano, which extends 7.5 kilometers (4.5 miles) from the crater in places, should leave the area.

About 25,000 people have been unable to return to their homes since September, when Agung showed signs of activity for the first time in more than half a century.

Indonesia sits on the "Pacific Ring of Fire" and has more than 120 active volcanoes.