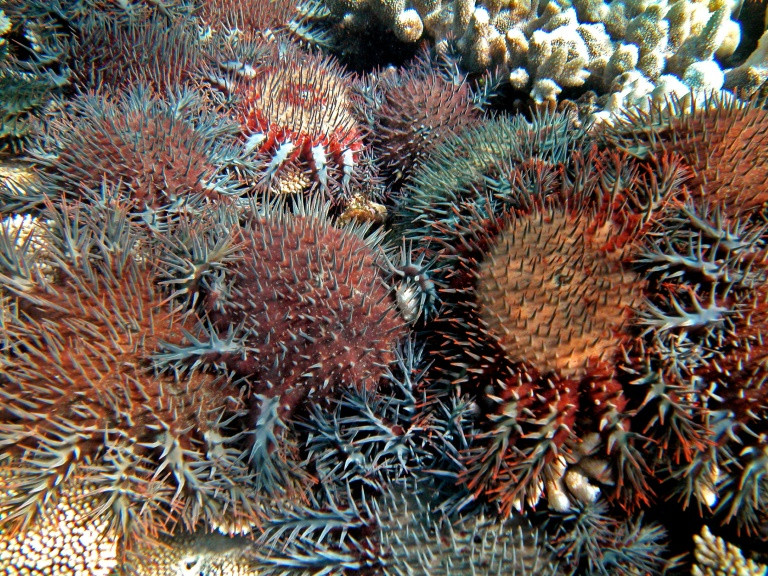 A multimillion-dollar campaign to stop the predatory crown-of-thorns starfish devouring the Great Barrier Reef was announced by the Australian government Monday in a push to preserve the World Heritage-listed ecosystem.

The coral-eating starfish are naturally occurring but have proliferated due to pollution and agricultural run-off at the struggling reef.

Their impact has been profound -- a major study of the 2,300-kilometre (1,400-mile) long reef's health in 2012 showed coral cover has halved over the past 27 years, with 42 percent of the damage attributed to the pest.

Prime Minister Malcolm Turnbull said Aud$60 million (US$48 million) would go into the new drive, with just over half to be spent on incentives for farmers to prevent agricultural pollutants from running into the reef.

Funds will also go towards increasing the number of patrol vessels and divers targeting the starfish, he said.

"It is a vibrant, resilient ecosystem and one of the best-managed coral reef ecosystems in the world," Turnbull said in a statement.

"While it is facing increasing threats, we intend to remain leaders in reef management," he said, adding the fund would support the development of new technology to help protect the reef.

The reef is also reeling from significant coral bleaching due to warming sea temperatures linked to climate change.

Canberra in 2015 narrowly avoided UNESCO putting the site on its endangered list, and has committed more than Aus$2.0 billion to preserve it over the next decade.

But it has been criticised for backing a huge US$16 billion coal project by Indian mining giant Adani near the reef, which environmentalists warned would harm the natural wonder.

"It will be a classic case of rearranging the deck chairs on the Titanic unless the federal government moves quickly away from coal and other fossil fuels," Imogen Zethoven from the Australian marine conservation society said in a statement.