Churrasco, or Brazilian grill, has had a large fanbase in China ever since the 1990s.

In east Beijing's embassy area Sanlitun, Brazilian steakhouse Latina is always packed during mealtimes. Chef Dinomar Drabach, from Brazil, has been grilling meat in different countries for over 30 years.

After working in the United States, Japan, South Korea and Europe, the chef settled down in the Chinese capital 20 years ago.

"I come here at eight or nine o'clock every day. I prepare the meat and check everything in this restaurant," he said. "People come here and keep coming back next week." 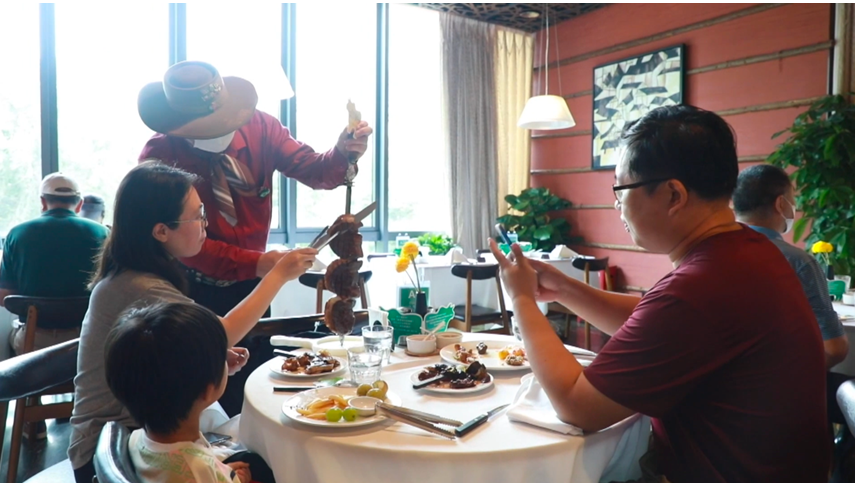 A family enjoys their lunch at Latina, a Brazilian steakhouse in Sanlitun, the embassy area in east Beijing, China. (Photo: CGTN)

The chef, the decoration, the music. Everything evokes original Brazilian culture, especially the food. The standard formula for Brazilian grill is to coat the meat in coarse salt. After the salt is absorbed, it's time to barbecue.

The beef is typically never seasoned with anything else. All the meats are cooked on skewers. The fatty parts are placed on top so that the juices will drip down and flavor the other cuts while roasting. 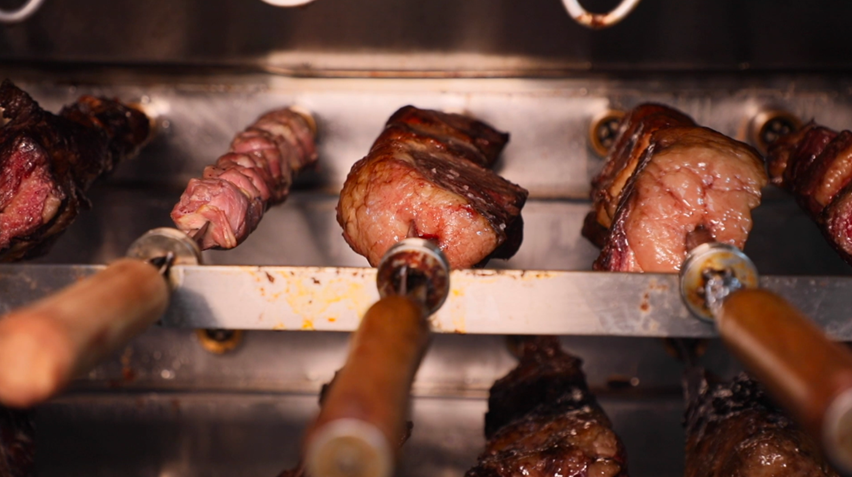 Meats are cooked on skewers at Latina, a Brazilian steakhouse in Sanlitun, the embassy area in east Beijing, China. (Photo: CGTN)

To many Brazilians, Churrasco is much more than a way of cooking. It's a way of life. "I'm from Rio in Brazil. This is the first time I bring my wife here. She's Chinese. I want her to get used to the amazing Brazilian cuisine," said a Brazilian customer.

Back in the kitchen, Dino is busy grilling all kinds of meat. The COVID-19 pandemic has suspended his plan to go back to Brazil. But he said he's happy to live in Beijing and continue to introduce his homeland's food culture to new people.