TRAVEL Beijing to open new airport on Sept. 30 next year

Beijing to open new airport on Sept. 30 next year

Beijing's new airport currently under construction will be put into operation on Sept. 30, 2019, according to the Civil Aviation Administration of China (CAAC). 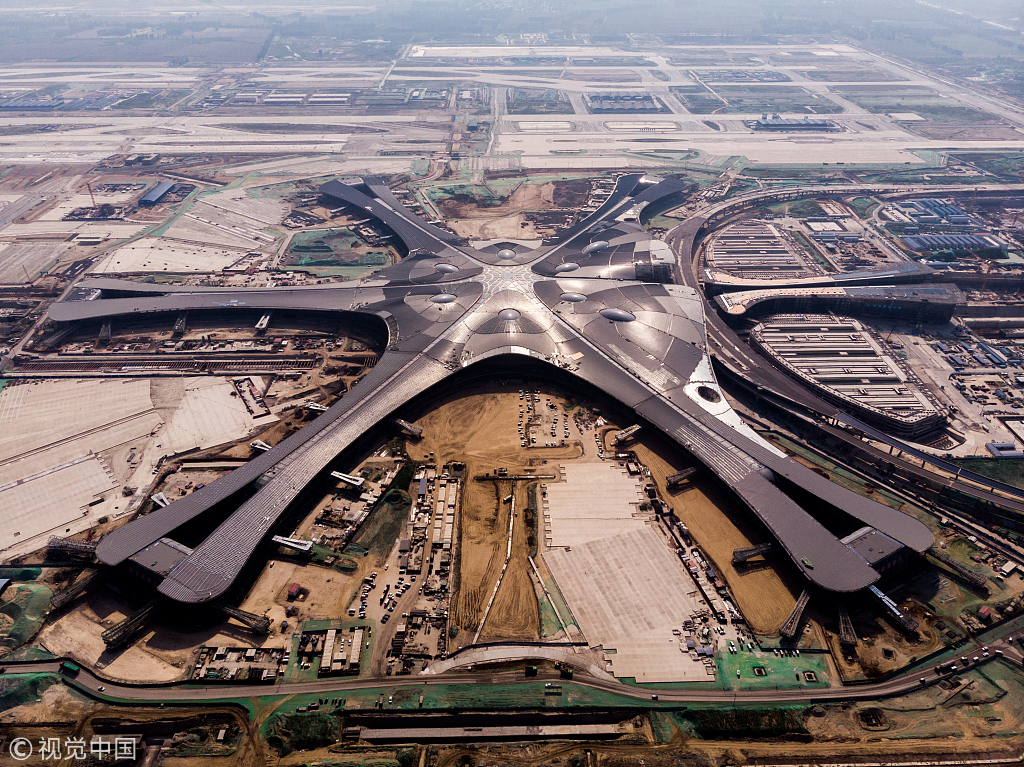 The roof of Beijing's new airport nears completion in January. Operations are to begin in October 2019. (Photo: VCG)

The airport, 46 kilometers south of downtown Beijing, and its auxiliary projects will complete certification on June 30, 2019.

Feng Zhenglin, director of the CAAC, said the roadmap and time schedule for tasks have been laid out clearly. The northern expressway for the airport will be ready to use by this December.

The airport is designed to take pressure off overcrowded Beijing Capital International Airport in the northeastern suburbs. The new airport will have four runways and can accommodate 620,000 flights per year. It will be able to handle up to 100 million passengers and four million tons of cargo and mail each year when fully operational.