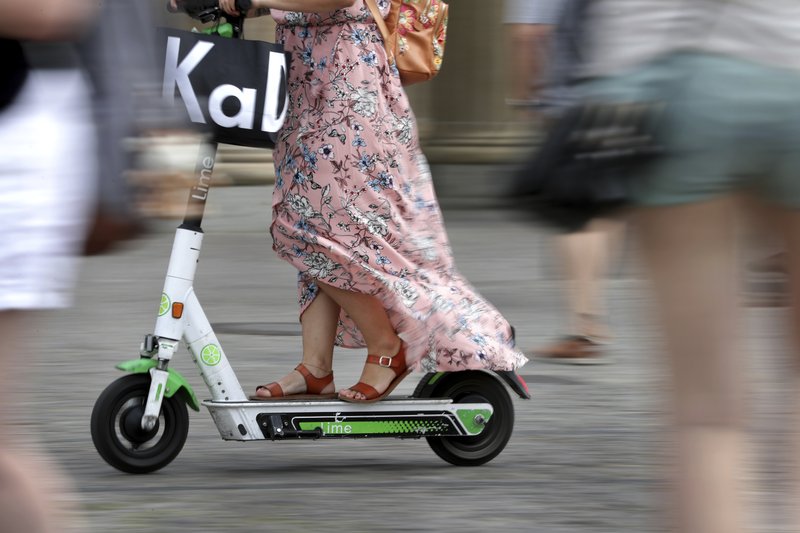 In this Tuesday, Aug. 6, 2019 photo a women drives an electric scooter on a square in front of the Brandenburg Gate in Berlin, Germany. (Photo: AP)

Berlin plans to stop electric scooters from being left haphazardly on sidewalks and other anti-social behavior that’s drawn the ire of residents in the German capital since the vehicles were made legal two months ago.

City transport officials said Wednesday after a meeting with scooter providers that they’ll designate special on-street parking zones for the battery-powered vehicles, which are popular among tourists and young people.

Berlin police will also step up patrols to prevent illegal behavior such as doubling.

Police say seven people have been seriously injured and 27 suffered minor injuries in scooter accidents since mid-June, saying most were due to riders behaving carelessly.

In Paris, where about 20,000 scooters roam the streets , authorities recently proposed limiting speeds to 8 kilometers per hour (5 mph) in areas with heavy foot traffic.