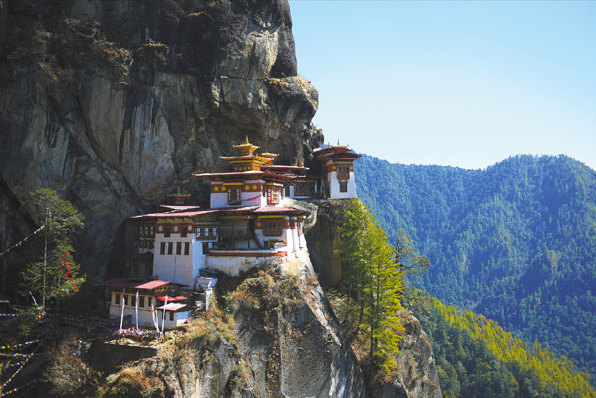 The international tourists arrival in 2017 contributed revenue earning of 79 million U.S. dollars, which is also the highest since 2012, according to the report released by Bhutan Tourism Council Sunday.

According to the report, a total of 254,704 tourists visited Bhutan in 2017, an increase of 21.5 percent over 2016. The international tourists arrivals grew by 13.8 percent as compared with 2016, while arrivals from the regional market, including India and Bangladesh, grew by 25 percent.

Tourism officials said Bhutan continues to be an attractive destination and was awarded destination's earth award at the International Tourismus-Borse Berlin, Germany.

While India continues to be the main source market of tourists in terms of regional visitors, for the international segment the United States, Britain, Germany, China, Japan, Singapore and Thailand continue to be Bhutan's consistent market sources.

Religious festivals such as Tshechus remained among the highest attractions of Bhutan, according to the report.