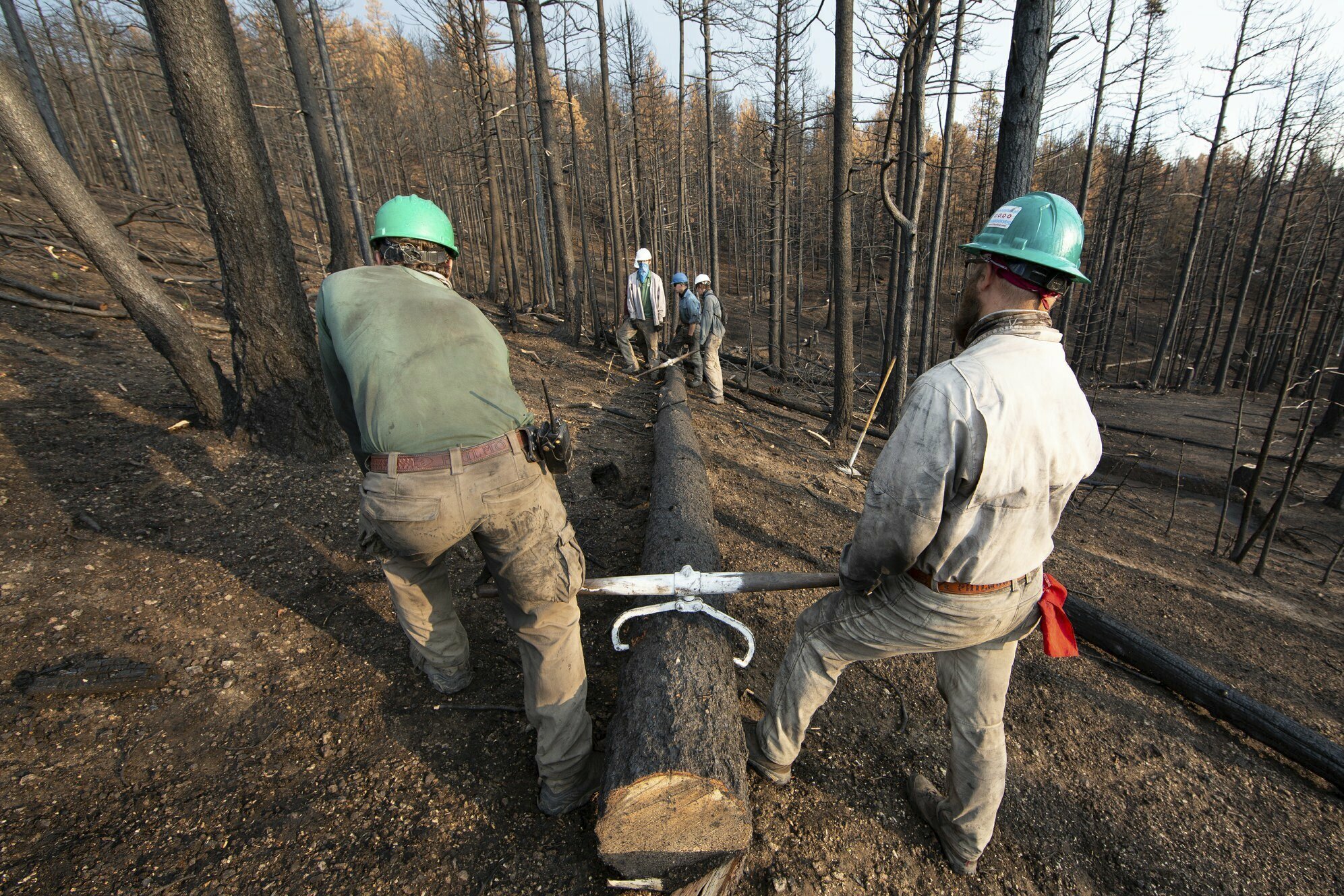 Tucked away in the foothills of the southern Rockies, the Philmont Scout Ranch has become a holy grail, its stretches of untamed wilderness and challenging backcountry treks drawing more than 1 million Boy Scouts and other adventurers from across the United States over the past 80 years.

For many of those who have spent time at the mountain retreat, they can’t get enough. It gets in the blood, it’s infectious and it’s the reason there was so much heartbreak last year when a wildfire ripped through the heart of the ranch.

Dozens of miles of trails were wiped out along with campsites, leaving behind a scar that will take years and millions of dollars to restore.

The work is necessary, ranch managers and troop leaders say, pointing to Philmont as a crown jewel of the scouting experience.

“There’s just a real sense of loss, kind of a grieving process so to speak,” said Roger Hoyt, a longtime Scout leader and Philmont’s general manager. “But at the end of the day, nature does renew itself and I think from the tragedy and the heartache comes this sense of renewal and opportunity.”

More than a half-million dollars already has been raised and the rebuilding effort is well underway with the installation of 85 new campsites and work to shore up some of the ash-covered hillsides.

Crews were sidelined in January due to snow, but work has resumed in the lower elevations as the clock ticks down for the start of the summer season.

And it will be a banner season with a record number of Scouts — possibly as many as 24,000 — expected to pass through Philmont, Hoyt said. Some of them initially planned to make the trek in 2018 but were derailed due to the fire and the subsequent closure of the backcountry.

With nearly one-fifth of Philmont blackened, the ranch is not alone in its new mission to become more resilient as western land managers face larger and hotter wildfires fueled by overgrown forests and dry conditions.

In 2018, more than 8.7 million acres (13,594 square miles) burned across the US, with most of that being in the West, according to the National Interagency Fire Center . Records were broken in California, which marked its deadliest and most destructive blaze in November as the town of Paradise was destroyed and 85 people were killed.

Scientists have said the 2018 season was part of a longer trend of larger and more frequent fires in the western United States.

In New Mexico, more than 382,000 acres (597 square miles) burned in 2018 and the state has seen its largest and most destructive fires on record within the last decade.

Hoyt estimates Philmont Scout Ranch will spend $1 million in the next year on conservation and fire mitigation projects. That includes addressing silt that’s washing down from barren slopes to clearing fuel from the forest floor, thinning trees and creating fuel breaks to keep fires from racing across other parts of the ranch.

In March alone, 140 volunteers spent over 6,000 hours on fire mitigation and restoration projects.

Within two years, he hopes pockets of the burned area can be used as an outdoor classroom for visiting Scouts.

On the other side of the country, members of Troop 715 are preparing for this summer’s journey to Philmont. The Richmond, Virginia-based group was gathering over the weekend for a 2-mile (3-kilometer) backpacking trip so they could learn about what gear to take and what to leave behind. They’ll eventually work up to covering 10 miles (16 kilometers) a day.

Then there’s the first aid training and other skills that will help when they’re far from civilization, said Scout Master Steve Tyler, who will be accompanied by his sons, including one who is an Eagle Scout and will have just graduated the US Military Academy at West Point.

Aside from being immersed in what Tyler calls “big sky country,” he said another highlight is summiting Baldy Mountain — a 12,441-foot (3,793-meter) peak on Philmont’s northern boundary not far from the Colorado border.

“Around here, the horizon is about 100 yards away and you’re looking at a tall oak tree,” Tyler said of his Virginia surroundings. “So it’s very, very different out there. It is a special experience.”