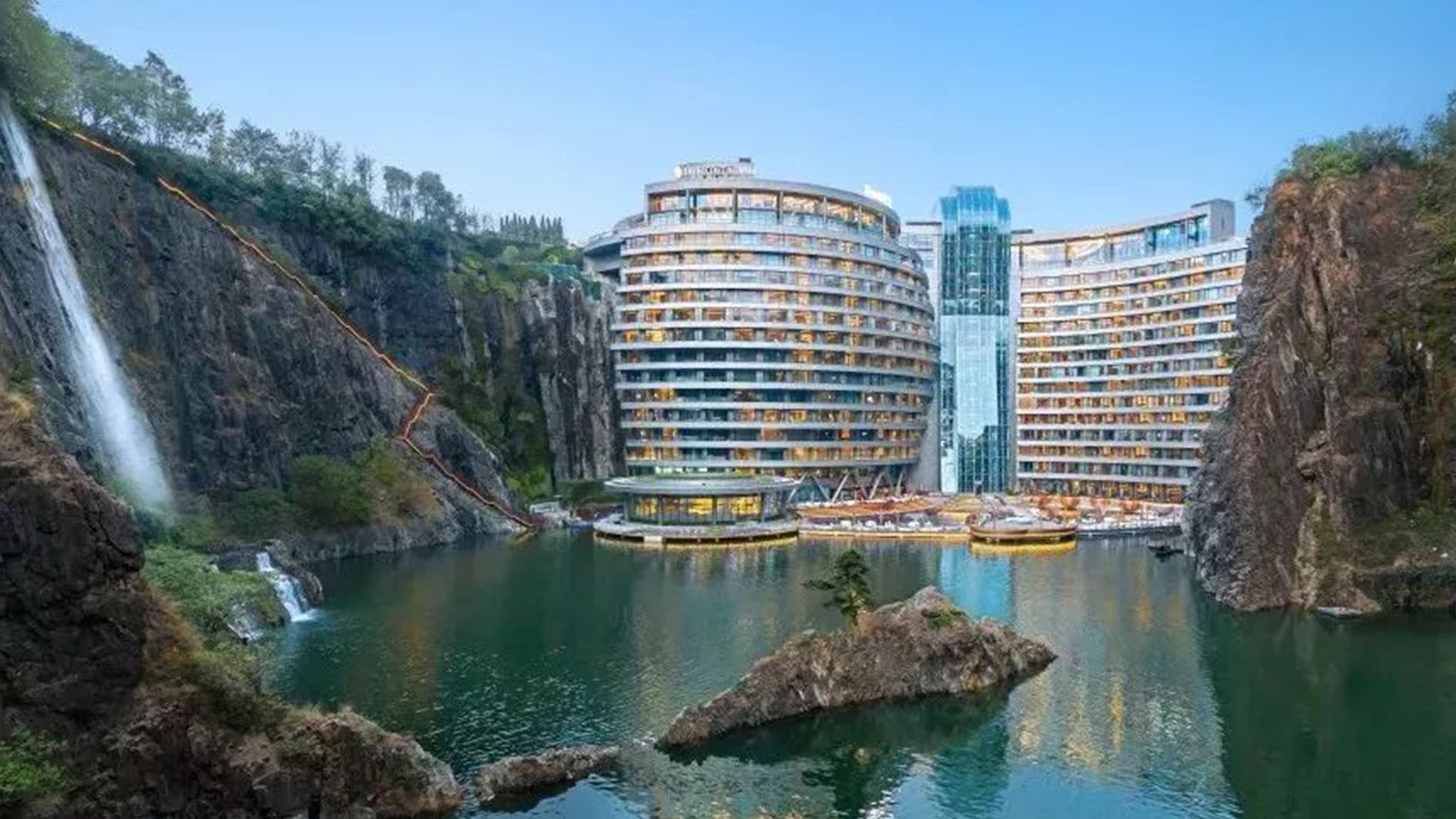 The city of Shanghai is now home to China's highest and, at the same time, its "lowest" skyscrapers. The two buildings – the Shanghai Tower and the Shanghai Quarry Hotel – completed over the past few years, has become the new icons of the city.

Last November, China completed the world's first underground hotel. The 19-story five-star hotel has become the world's lowest skyscraper, or more precisely, an "earth scraper." With only two stories above ground, people on the other 17 floors pay over 600 US dollars per night for a view of a giant pit.

The pit is as deep as nearly 100 meters, and the newly unveiled hotel has attracted many locals and outsiders who want a chance to live the high life as low down as possible.

"It's very unique that when you look out the window, it's neither a blue sky nor an ocean, but a high cliff. I've always tried to imagine what the hotel would look like. I feel it's a place full of stories," Xu Hongduo, one of the hotel's earliest customers, told CGTN.

She's based in Shanghai and checked in at the new hotel with her friend for the unique experience.

The hotel, located in Shanghai's suburbs, was a quarry 20 years ago. After the resources were exhausted, the location was slated to become a waste landfill.

But as China tightened its environmental pollution controls, Shanghai in 2005 decided to build a skyscraper never seen before – a skyscraper in a pit.

At the same time, Shanghai is also home to the world's second tallest building. Standing at 632 meters, the Shanghai Tower comes only after Dubai's Burj Khalifa, which is 828 meters high.

Completed in 2015, it's part of the iconic skylines in the city's downtown.

The building is a vertical city, with restaurants, offices, shopping malls and a sightseeing platform, offering breathtaking views.

He said the new high-rises in Shanghai are a showcase of both China's efficient urban management capabilities and speed in infrastructure construction.

Before the 1990s, the Lujiazui District, where the Shanghai Tower now stands, was nothing but farmland. Today, the world's second tallest building has dwarfed all the other newly built high-rises around it. And the city is still growing, in all directions.