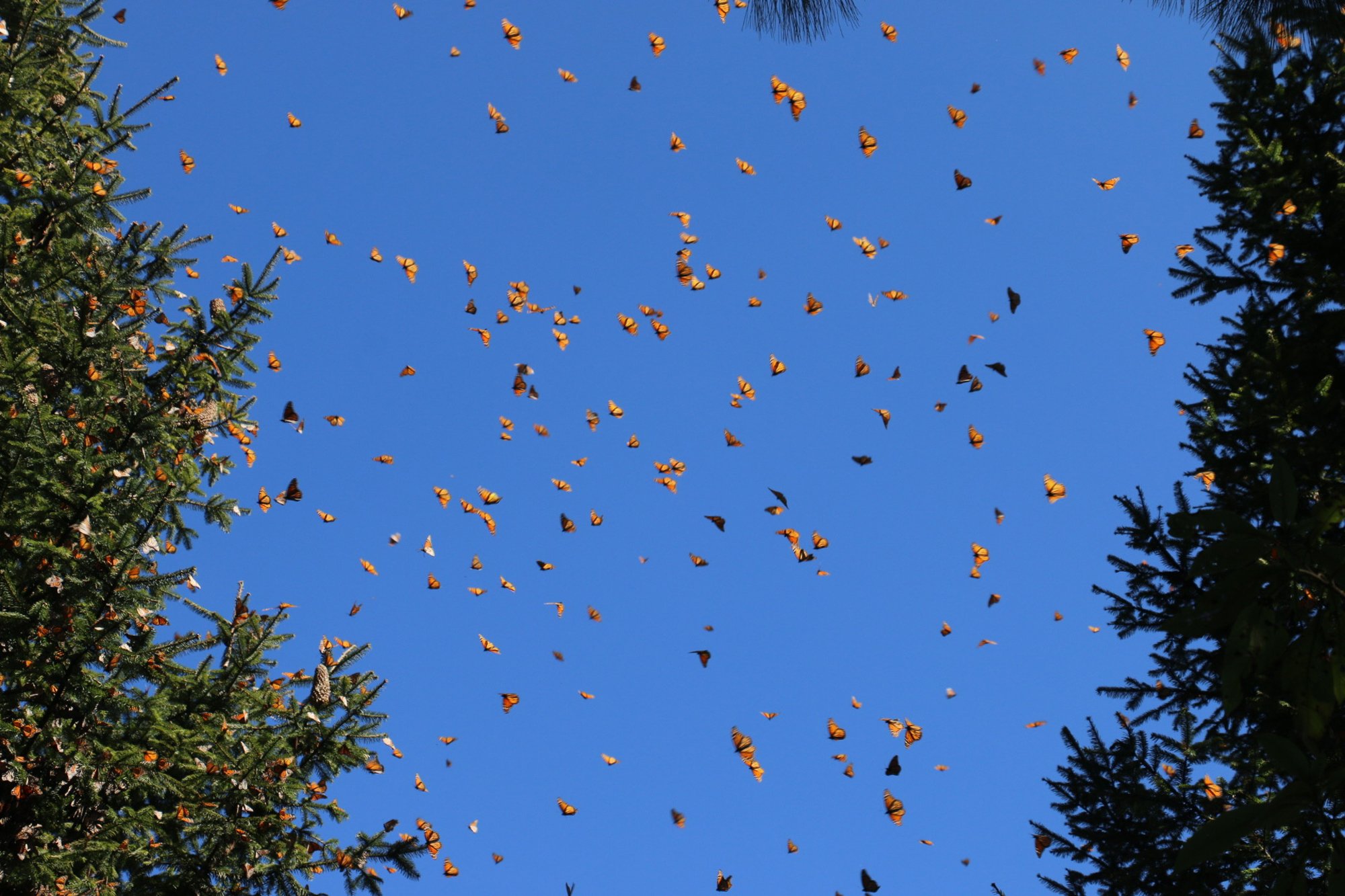 In this Jan. 23, 2019 photo, numerous butterflies can be seen at one of their annual wintering spots in Cerro Pelón Monarch Butterfly Sanctuary near Macheros, Mexico. (Photo: AP)

As the group made its way up the rugged mountain path toward the clearing, their heavy, crunching bootsteps turned to near-silent tiptoeing, their friendly chitchat dropped to whispers, giddy smiles appeared on faces and eyes brimmed with tears. The first-time visitors to this mountain monarch butterfly reserve were, in a word, gobsmacked.

It’s challenging to convey the sheer magic of witnessing tens of thousands of butterflies hanging from trees in giant clumps, sunning themselves on the hillside or fluttering in the sky like snowflakes. But after experiencing it, it’s easier to understand folks like these, most of whom had traveled from the US to Mexico solely to see the monarchs.

“Our trip was amazing,” said Denise Siraco, who was visiting from New Hampshire. “There are really no words to describe it. When we found the colony, it seemed to go on forever.”

In the US, two separate populations of monarchs are divided by the Rocky Mountains. While the western population primarily sticks to the California coast, the eastern population makes its way down from southern Canada and the northeastern United States across thousands of miles to spend the winter at one of about 20 colonies in the Mexican states of Michoacán and Mexico. No single insect completes the entire journey as the average butterfly only lives about a month. Instead, it takes three or four generations to make the trip, with each one traveling part of the way.

The exception is a “super-generation” of monarchs that lives eight times longer than their relatives. These super-monarchs can travel 50 or 100 miles a day, riding on thermal air currents as high as a mile above the ground, according to the US Department of Agriculture.

When they reach Mexico, they roost in trees, like the cedar and oak at Cerro Pelon, and cluster together to stay warm.

A recent group of butterfly watchers saw thousands clumped together in what looked like huge hornets’ nests hanging from branches that can break from the weight of the insects, explained guide Ellen Sharp, who, along with her husband, Joel Moreno Rojas, runs a butterfly business in nearby Macheros.

“No one is entirely sure why they choose these trees,” Sharp said. “But one of the reasons is the microclimate. The old-growth trees radiate heat, so they stay warm through the winter.” The monarchs generally arrive at the beginning of November and are headed north by mid-March.