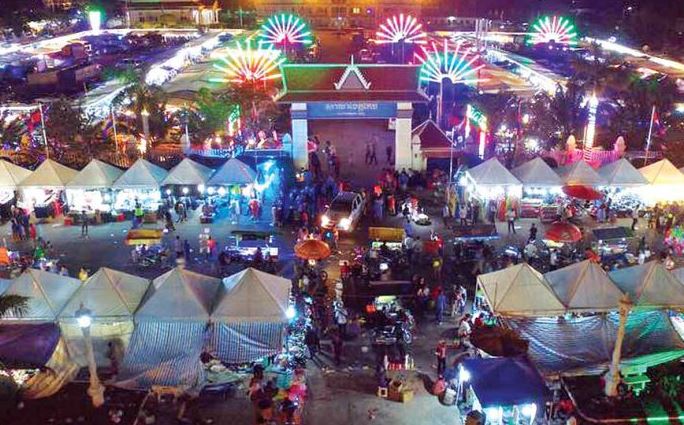 Speaking at the opening ceremony live broadcast on the National Television of Cambodia (TVK), Prime Minister Samdech Techo Hun Sen said with beautiful coastline and numerous cultural heritage sites, Cambodia has become one of the most popular tourism destinations in the region.

He called on the authorities at all levels to continue strengthening security and public order at beaches and other tourism sites in order to attract more tourists to the kingdom in coming years.

"Our tourism sites must be the safe places and free of threats from the Mafia and terrorist attacks," Hun Sen said.

The Southeast Asian nation received 6.2 million foreign tourists including two million Chinese in 2018, earning a gross revenue of $4.35 billion, according to a Tourism Ministry's report.

The prime minister said the kingdom is expected to get 6.6 million international arrivals in 2019 and seven million in 2020.

Meanwhile, Hun Sen said the country's hard-won peace and political stability are the most important factors attracting tourists to the kingdom.

"At any cost, we must maintain peace and political stability," he said, stressing that without these, there was no need to say about democracy, human rights, and development.

Organized in different coastal locations every year, the Sea Festival was aimed at promoting the country's coastal areas to tourists and encouraging the protection of maritime resources, Tourism Minister Thong Khon said.

He added that the country's coastline attracted approximately 1.3 million foreign tourists this year, an increase of 4.5 percent year-on-year, and 3.4 million local tourists, up three percent.

"We predict that the coastline is expected to greet 1.7 million foreigners and 3.5 million locals in 2020," he said.

Cambodia's coastline, registered as a member of the Most Beautiful Bays in the World organization in 2011, stretches 450 km over four southwestern provinces of Preah Sihanouk, Kampot, Kep and Koh Kong.