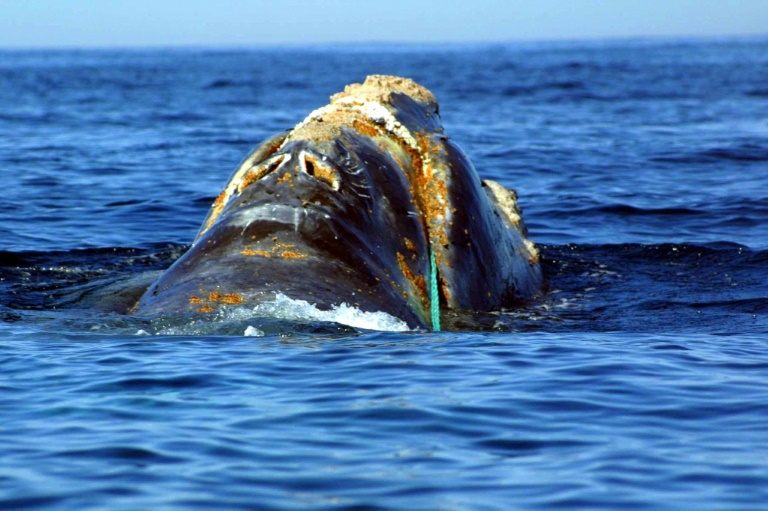 Snow crab fishing in the Gulf of Saint Lawrence will be curtailed to protect endangered right whales from tangling in fishing gear, a Canadian official said Tuesday.

Twelve North Atlantic right whales have been found dead since June 2017 in the busy seaway.

The area is home to nearly one quarter of the world's last 458 right whales, which conservation officials say are among the most threatened species in the world.

Autopsies showed that several whales had bled to death after what were likely collisions with ships, or drowning or starving to death after getting caught up in fishing nets.

Fisheries Minister Dominique Leblanc told reporters that the new measures, which include reducing the amount of rope floating in the water and mandatory reporting of lost fishing gear, will be enforced "very aggressively."

Additional measures would be announced in the coming months, he said.

More than 500 of the nearly 5,000 boat trips through the restricted area over the past five months reportedly violated the speed limit, but only a handful have been fined so far, Leblanc said.

In the United States, animal protection groups are suing the National Marine Fisheries Service, alleging it failed to protect the whales from getting tangled in commercial fishing gear.