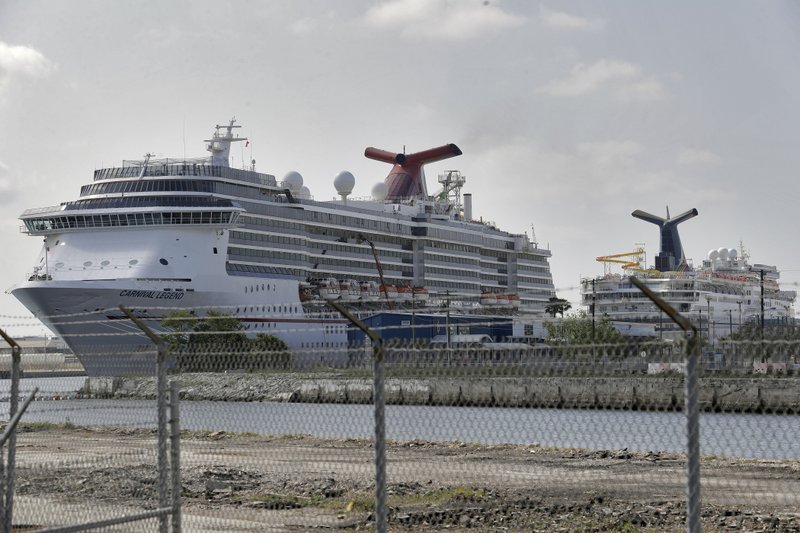 In a Thursday, March 26, 2020 file photo, Carnival Cruise ships are docked at the Port of Tampa in Tampa, Fla. (Photo: AP)

Carnival Cruise Line said Monday that it plans to gradually resume cruising in North America in August, nearly five months after it halted operations due to the new coronavirus.

Sailings will begin on Aug. 1 or soon after, with eight ships setting off from Galveston, Texas; Miami; and Port Canaveral, Florida. A majority of customers can easily drive to those ports, the company noted. Those cruises would sail to destinations including the Bahamas and Cozumel, Mexico, according to Carnival’s web site.

Carnival said its operations from other North American and Australian markets will be on hold through Aug. 31. It is also canceling planned sailings from Vancouver to Honolulu on Sept. 25 and Honolulu to Brisbane, Australia, on Oct. 6.

The U.S. Centers for Disease Control issued a no-sail order to cruise companies on March 14. It was extended and is set to expire July 24, unless the the agency decides to lift it sooner.

The CDC says infectious diseases can easily spread when crew members from a ship with an outbreak transfer to other ships. It notes outbreaks of COVID-19 on cruise ships also pose a risk because passengers can spread the disease into communities across the world after disembarkation.

Carnival Cruise Line said it is still determining what specific measures it will take to prevent future outbreaks once it resumes sailing.

“We continue to engage with the CDC and government officials at a variety of levels about new protocols we would implement prior to a return to sailing,” the company said. “We will also be in discussions with officials in the destinations we visit.”

Tara Smith, a professor of epidemiology at Kent State University’s College of Public Health, said she’s not sure how cruising can be done safely. Even with reduced capacity, she said, ventilation systems can still spread droplets through enclosed spaces.

“Everything would still have to be distanced,” she said. “Dancing, concerts on board, other types of entertainment? Doubtful. Pools? Probably overcrowded. Dining? No idea how they’d do it.”

Carnival said passengers will get refunds or vouchers for future travel if their cruises are canceled.

Other cruise companies are also making plans to return to service. Royal Caribbean says it intends to resume at least some sailings on June 12, while Norwegian Cruise Like plans to restart some operations on July 1.

Cruise companies have taken a huge hit from the new coronavirus, which stranded some ships at sea with sick passengers and crew. A month after the no-sail order went into effect, the CDC said it knew of at least 15 ships with crew still on board showing symptoms of COVID-19.

Carnival Cruise Lines halted new sailings on March 13. It initially expected to be able to sail again on April 10.

Still, parent Carnival Corp. is in good financial shape. It has raised nearly $6 billion in debt and equity since the crisis began, and its CEO recently said the company can last through 2020 with no revenue from cruises. The company wasn’t eligible for loan assistance from the U.S. government because it is incorporated in Panama.

Carnival Corp. shares rose 3% on Monday, while those of Royal Caribbean added about 1.5% and Norwegian Cruise Lines tacked on 4.3%.