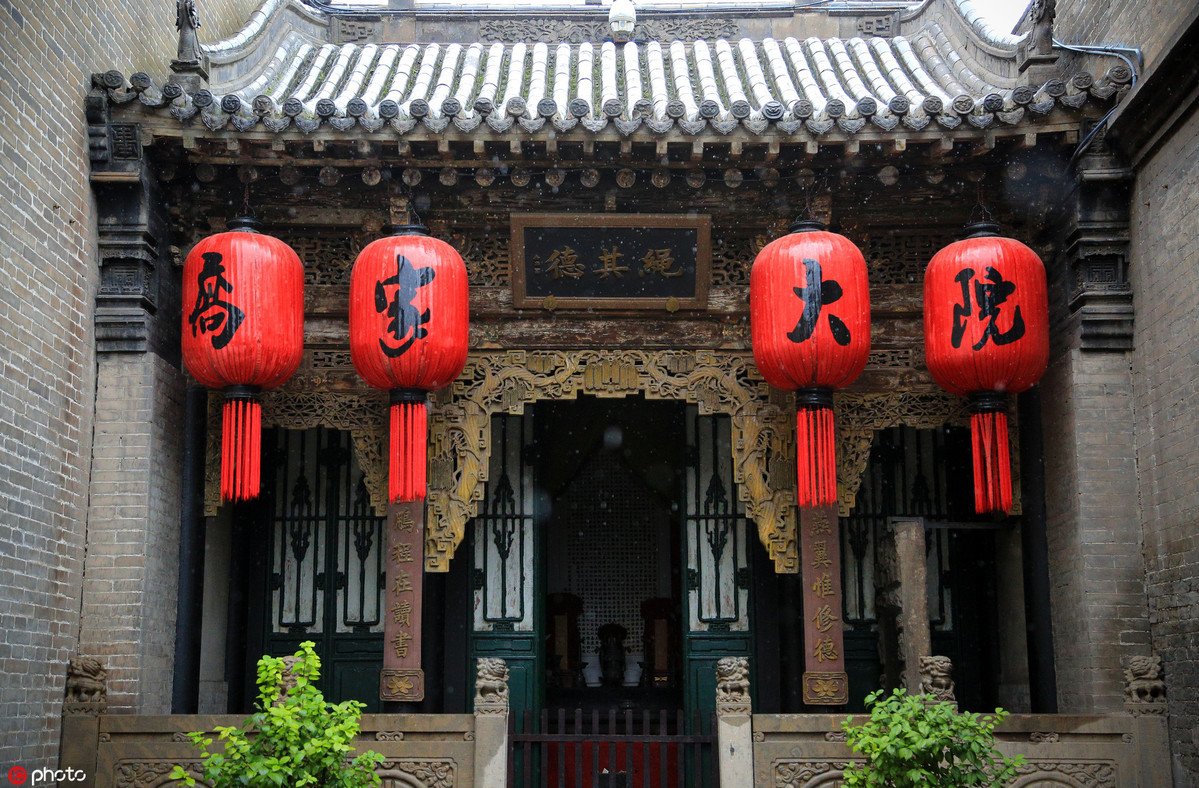 TAIYUAN -- A tourist attraction in North China's Shanxi province reopened over the weekend, after rectifications due to delisting from the Chinese tourist authority-recognized 5A-level ratings.

The two-century-old courtyard of the former residence of Qiao Zhiyong (1818-1907), a business tycoon from Qixian county, received at least 5,000 daily visitors after a TV series called "the Qiao Family's Mansion" attracted viewers nationwide in the early 1990s.

It was delisted from the 5A-level ratings of China's top tourist attractions by the Chinese Ministry of Culture and Tourism on July 31, on the charge of over-commercialization of a cultural tourist attraction.

By January, China had more than 30,000 scenic spots and tourist attractions, among which 259 have 5A-level ratings, according to the Ministry of Culture and Tourism.

The antique courtyard closed for a 10-day rectification and reopened Saturday, receiving some 8,500 visitors.

Liu Xuechang, director of the courtyard's tourist attraction management office, said that shops and stalls were removed from the core scenic spot of the compound, vacating 1,050 square meters, which was renovated for cultural exhibitions of the mansion's history and the local intangible cultural heritages.

The mansion found its fame after noted Chinese director Zhang Yimou shot an award-winning film "Raise the Red Lantern" there in 1990.

Millions of people have visited the courtyard in the past two decades. Visitors are attracted by the traditional Chinese-style houses festooned with red lanterns.

Xu Ping, a quality rating officer of Shanxi scenic spots, said the 5A-level rating, the highest honor for Chinese scenic spots, is not an endpoint, but a starting point.

"The daily management of 5A scenic spots should be in strict accordance with relevant regulations and effectively supervised," Xu said.

Via its monitoring and evaluation system, the national scenic spot quality grade assessment committee can collect information and visitor complaints concerning the supervision, inspection and examination of scenic spots.