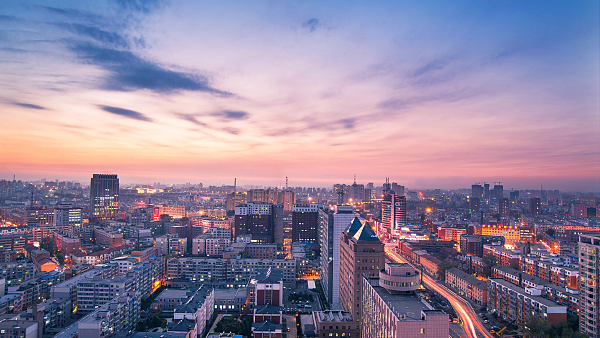 Changchun, the capital and largest city of China's northeastern Jilin province, was listed as a National Famous Historical and Cultural City in 2017.

Not only does the city enjoy beautiful scenery and industrial heritage, but it also has a rich and remarkable culture.

Puppet Emperor Palace records a painful history of the Chinese people. The spectacular sculptures in Changchun World Sculpture Park show a unique culture rooted in this city. And its traditional art forms and food tell visitors more about its life and customs.

The Museum of the Imperial Palace of the Manchu State

The Museum of the Imperial Palace of the Manchu State or Puppet Emperor Palace, a must-see attraction on the north side of Guangfu Road in Changchun's Kuancheng district, once served as the residence of Aisin Gioro Puyi between 1932 and 1945, the last emperor of the Qing Dynasty (1644-1912), recording the history of the Japanese invasion of northeastern China.

In 1932, Manchukuo or Manchu State was a puppet state established by the Japanese invaders and Puyi was made as the puppet emperor of Manchukuo. But he was not recognized by the Chinese government. This is the reason why "puppet" was used.

The museum has become a popular tourist attraction and a base of patriotism education in recent years. As one of China's three existing royal palace relics and an AAAAA (5A) Tourist Attraction of China, as classified by the China National Tourism Administration, the museum covers an area of 250,500 square meters with more than 30 beautiful places, including a 47,000-square-meter exhibition site with antiques and other cultural items on display.

Changchun World Sculpture Park is located at the southern end of Changchun’s Renmin Street. The park, covering an area of 92 hectares, was founded in 2001 and opened in September 2003 officially. It's regarded as one of the first major national parks, as well as the biggest of its kind in the downtown area.

Changchun World Sculpture Park has collected more than 320 sculptural pieces by more than 270 famous artists from 110 countries. With the theme of "friendship, peace, and spring," the sculptures combine Eastern and Western cultures and mix the principles of modern sculpture with traditional classic garden building methods.

Changchun, as the second major city in northeastern China after Harbin, is home to a traditional folk art form – the song-and-dance duet, called Errenzhuan in Chinese.

As a well-known saying goes, "We'd rather give up our three meals than our song-and-dance duets."

The song-and-dance duet usually consists of two people, a male and a female. They sing along and dance, using folded fans or red square-shaped handkerchiefs during the performance. The art form was enjoyed mainly by uneducated rural people, and now more and more educated people all around the world are attracted by it because of its humorous dialogue and sketches.

Changchun food covers almost all famous dishes of the cuisine of the northeast. It places a strong emphasis on features like "nature, green, nutrition, and health." The recipes use local ingredients, such as ginseng, a variety of grains, mushrooms, and fiddleheads. And deer, beef, and frog and goose meat are preferred in local restaurants.

White meat with black pudding is a traditional dish which has won the national praise. It combines fatty pork and black pudding with Manchu cooking methods. The meat is thin and glutinous, but not greasy, while the black pudding is soft and lightly fragrant.Jade chicken with Ginseng and Maotai is one of the most famous dishes in Changchun, which mixes ginseng, chicken, and Maotai to present customers a delicacy. Maotai wine is used to remove the soil taste of ginseng and improve the aroma of the chicken.