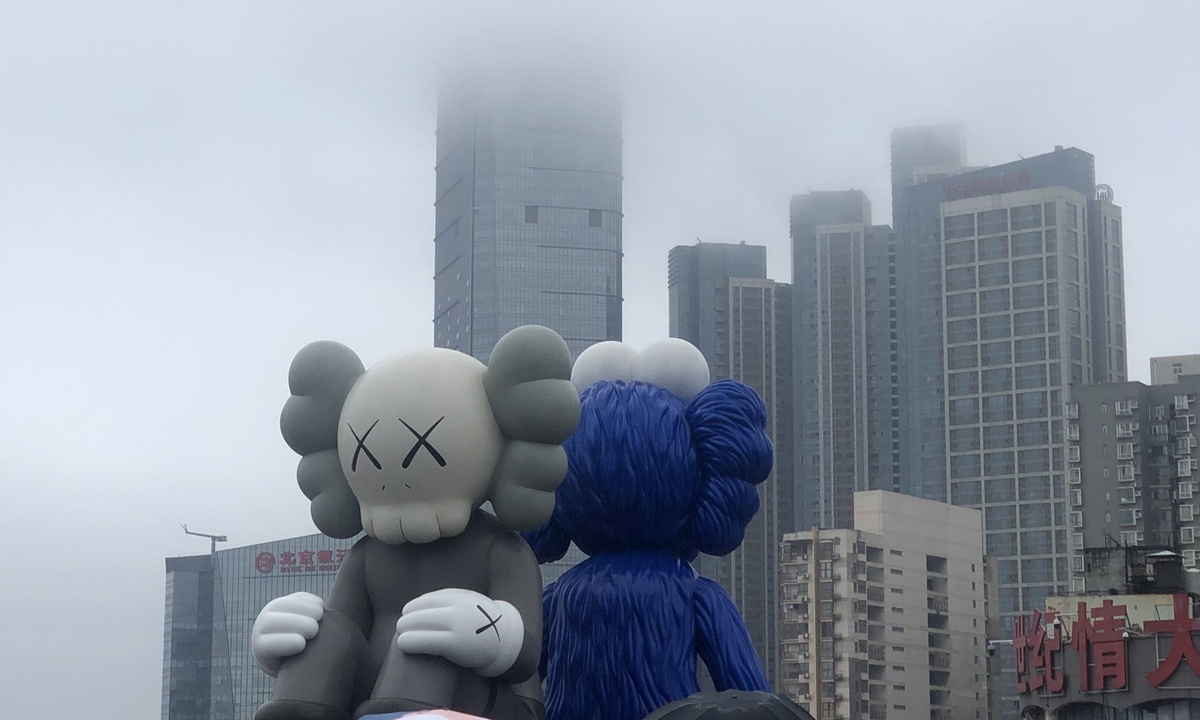 Changsha is the capital of Central China's Hunan, famous as being the home province of China's former leader Mao Zedong and an important revolutionary base. During this year's National Day Holiday, it proved that it has turned into a popular new tourist attraction for young Chinese.

The city is turning years of internet marketing into cash. According to media reports, Changsha has for the first time become one of the 10 cities with the highest number of hotel reservations and one of the top 10 destinations on October 1, the first day of the National Day holidays.

This is demonstrated by the lines dozens of meters in length of people waiting to buy a cup of Sexy Tea, a ­local milk tea brand that has become a huge hit on Chinese social platforms; crowded buses heading to the statues of Mao on Orange Island (juzizhou); and the highly sought tickets to the Hunan Museum.

Arriving at Changsha on the eve of National Day, I feel like the city is still in summer while Beijing has entered autumn.

However, the taxi driver kindly warns me to prepare some warm clothes, as the city has extremely unpredictable weather during this period, and can suddenly shift from summer to winter temperatures.

"Changsha has no autumn," locals say. And I actually feel the truth of these words when it starts pouring cold rain on the second day of my stay.

The rain reminds me of the days I studied in Wuhan, the city that was haunted by the novel coronavirus for more than two months earlier this year. In winters, it is also damp and cold like this, and clothes can never dry naturally.

Although annoying, it always makes me dream about families or friends sitting around a table having hot pot, a meal that is always heaving with life. I'm never taken by such emotions in the North, as the adequate heating makes rooms drier and warmer than in summer.

Living in such an environment, people need spicy food, and indeed the food here is so spicy that I'm only left with a feeling of pepper and heat in my mouth.

I took away what I could not finish to my homestay hotel. The hotel chef, a kind uncle, helped me reheat the meat on another day. He laughed and told me that what they have at home is even more spicy.

The hotel is located in an old community. From the window I can see old traditional Chinese houses built with black bricks and wooden windows that I have not seen in many years in Jiangsu, my hometown and one of the most developed areas of China, or Beijing, if you don't count those new buildings that deliberately imitate the ancient style.

Many of the old houses are currently being repaired. On the streets, there were local government notices explaining that they would rebuild the old communities while keeping their ancient style and charm.

I hope they can achieve that goal. Spending three nights in the old community, I experienced a silence that has long been lost in Chinese cities.

Not far from the hotel is the most famous shopping area in the city's Wuyi business district. At least seven huge shopping malls making up Changsha International Finance Square (IFS) are lined up on the main streets, a paradise for visitors and shoppers.

Despite the drizzling rain, visitors queue up to take photos with Companion and BFF, creations by American artist KAWS, sitting back to back on the top of the IFS tower.

The statues overlook the bustling district and nearby quiet old communities being knocked down.

Another taxi driver complained that he didn't understand what was so attractive about the statues. He said Changsha was not a busy city, but in recent years visitors have continually flooded in thanks to the marketing ability of Hunan's television station.

Hunan's main television station, known as Mango TV, is the pioneer of China's state-owned stations in developing entertainment shows, talent shows and homemade dramas, and make full use of the celebrity effect to promote local special products and culture, such as spicy crayfish and Hunan cuisine.

The station itself has also become a tourist attraction for visitors, especially groupies.

Their popularity has led to mixed feelings.

Previously, there was a shop that sold sticky tofu, a famous Changsha snack with a strong smell that spread all over the street. Now, there is one shop every few steps but you can't smell anything, said one local.