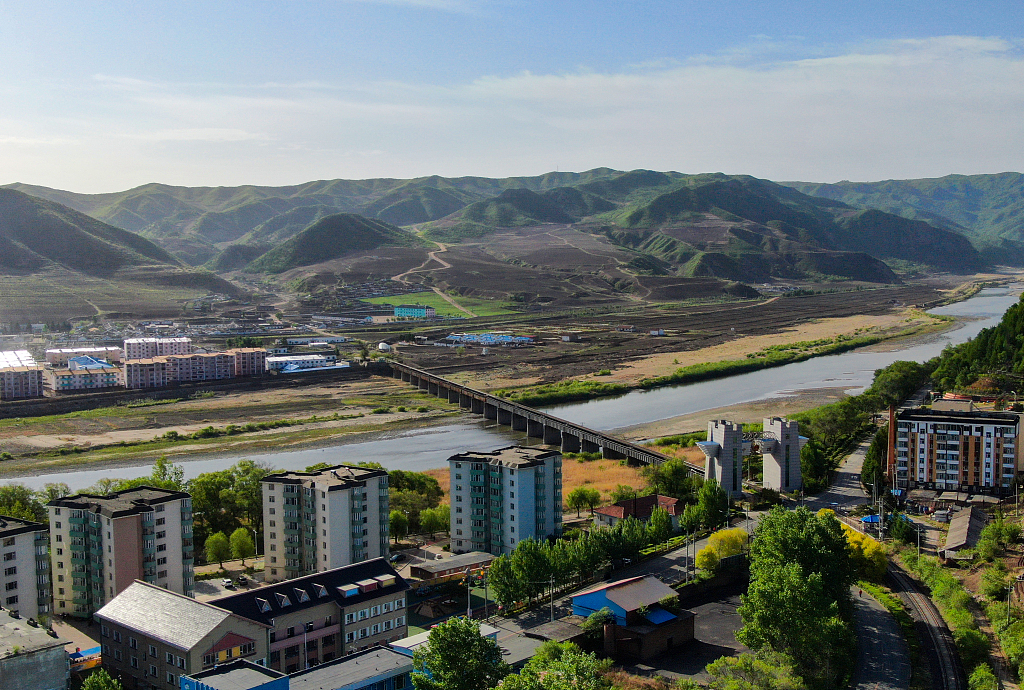 Border tourism has significantly contributed to the development of the county-level city. Hunchun faces the DPRK across the Tumen River and borders Russia with Hunchun Mountain. It has developed a variety of cross-border tourist routes either through mountain paths or border river cruises, attracting Chinese and foreign tourists.

Hunchun has a wide variety of international restaurants, with all shop signboards written in Chinese, Korean and Russian languages.

Fangchuan National Scenic Park in Hunchun is located at the junction of China, the DPRK and Russia. Yang Yu, a Beijing tourist, said his family trip to the park this week was very impressive. They climbed up the 60-meter-high Dragon and Tiger Pavilion for a bird's-eye view overlooking the mountain and river below.

In 2018, Hunchun received 3.81 million domestic and foreign tourists, up 25 percent year on year, who contributed 4.5 billion yuan (about 653 million US dollars) to the city's revenue, up 38 percent.

The peak tourist season in Hunchun runs from July to September. Tourists from the Republic of Korea, the United States, European and southeast Asian countries also visit Hunchun before heading to the DPRK and Russia.

Chen Xiaotang, general manager of Hunchun Arirang Travel Agency, said the travel agency launched a new one-day tour route to the DPRK this year, which allows tourists to visit historic villages and beaches in the DPRK.

She said the DPRK tours are mainly by buses and trains. Chinese tourists can use their ID cards for the short-distance cross-border travel without needing to apply for a visa.

There are more than 100 travel agencies in Hunchun operating some 10 travel routes to the DPRK, taking tourists to Pyongyang, Rason and Mt. Kumgang.

"The cost of short-distance travel is economical. Chinese tourists are interested in buying dried seafood, herbal products and agricultural specialties such as ginseng during the tours," said Chen.

Hunchun Mayor Zhang Jifeng said when delivering the government work report in January that Hunchun would continue to develop cross-river tourism, for example, expanding river cruise service to the DPRK and opening self-driving tours to Russia, and speed up the construction of health centers and develop ecotourism, health and leisure tourism.

In addition to Hunchun, Ji'an in Jilin Province is also a county-level city located on the border between China and the DPRK. Ji'an faces Manpo in the DPRK across the Yalu River. The river cruise is popular among Chinese tourists.

At the Asian Cultural Tourism Exhibition held in Beijing in May this year, Jilin's tourist promotion of the border tour routes was well received.