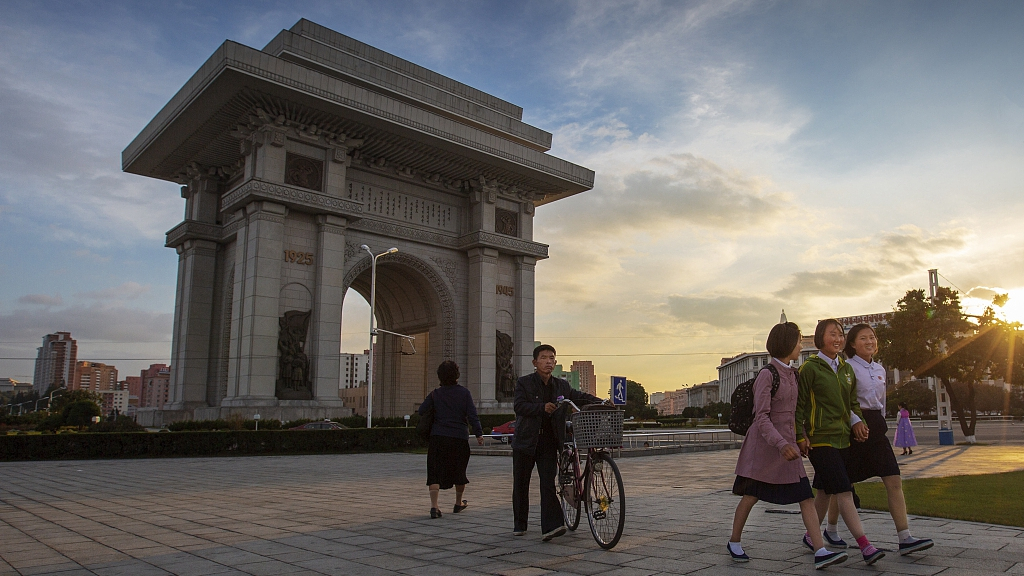 China and the Democratic People's Republic of Korea (DPRK) will embrace new opportunities for tourism, cultural and educational exchanges as China-DPRK ties have now entered a new historical period, according to officials and industry professionals in China's northeastern Jilin Province.

The Senlinshan International Travel Service in Hunchun, a city on China's border with the DPRK and Russia in Jilin, reports seeing a growing number of Chinese tourists visit the DPRK this year. It sends up to 10 tours to the DPRK every day, each with 30 to 40 tourists, said Yang Jingang, general manager of the travel agency.

Meanwhile, the border crossings between China and the DPRK have been open even on weekends for three years by now as tourism ties between the two countries build up.

Hunchun will continue to actively boost tourism and other service industries, develop China-DPRK cross-river tourist routes and establish a national tourism demonstration zone in 2019, said Zhang Jifeng, mayor of the city. The border city will strive to achieve a growth of more than 15 percent this year in both tourist reception and tourism revenue.

Besides the tourism industry, in the eyes of people in Jilin, which is at the forefront of linkages between the two countries, there will be more cooperation between China and the DPRK in education, culture and other fields in the future.

"China and the DPRK enjoy close geographical proximity and profound friendship. I believe that we will go further in cultural exchanges," said Zhao Jide, director of the Institute of Ethnic Musical Instruments in Yanji, capital of Yanbian, the largest Korean autonomous prefecture in China.

The institute has been established for 20 years and is responsible for the research and development, production and improvement of more than 40 kinds of Korean musical instruments including long drum, gayageum and vertical bamboo flute.

Zhang Leisheng, an associate professor of the Institute of Higher Education in Jilin University, said that in future, China and the DPRK can further promote exchange visits of teachers and students, expand the scale of government-funded scholarships and invite outstanding young Korean students to study in China to deepen bilateral relations.