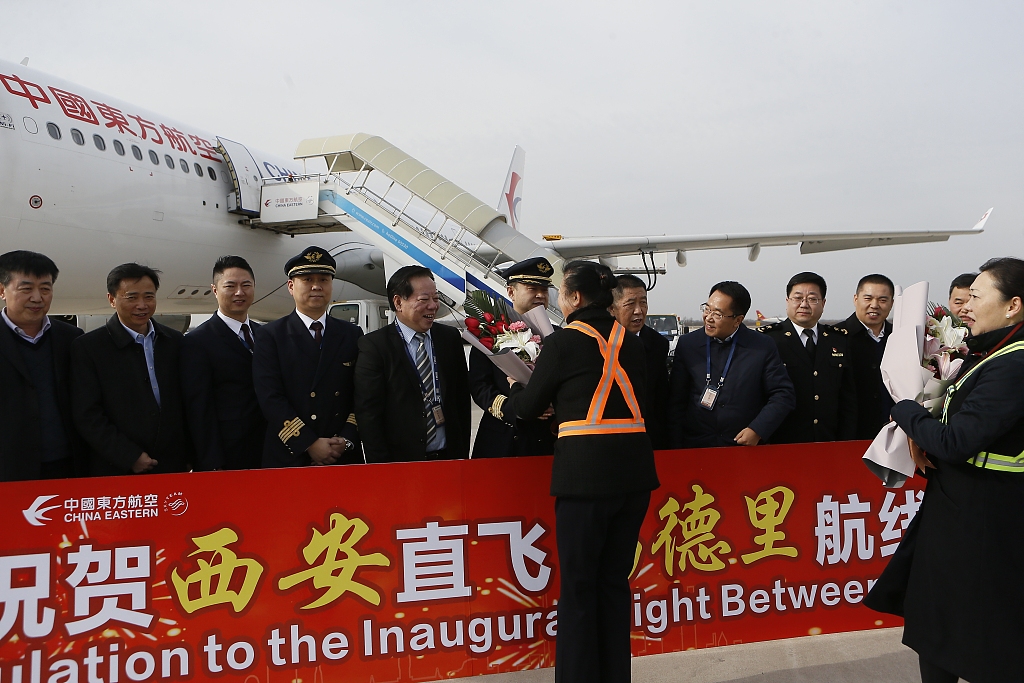 The new route was opened following a ceremony at Madrid's Adolfo Suarez Barajas airport, which saw an arch of water projected over the first plane to fly the route.

The route will be flown in an Airbus A330-200, which after landing at Xi'an will then continue to Shanghai and there will be flights from Madrid every Tuesday and Saturday.

The new connection means China Eastern Airlines now has four direct flights every week between Madrid and China. The airline has operated a direct flight from Madrid to Shanghai every Thursday and Sunday since 2016 and carried around 180,000 people between the two cities.

Xi'an stands at the eastern end of the famous Silk Road and was the home of the Zhou, Qin, Han and Tang dynasties, meaning it is not only economically important, but rich in cultural heritage.

Nowhere is this heritage clearer than in the world famous Terracotta Army of the first Emperor, Qin Shihuang, and Spaniards wanting to see this incredible sight now have their journey made much easier.

"I think the two cities are very similar on a cultural level and it will be very positive for both cities and the interest of their citizens," Caroline Tensi, who is responsible for connectivity at the Madrid Office of Tourism, told Xinhua at the ceremony.

China Eastern Airlines is one the three biggest airlines in China and the top 10 in the world. It carries over 120 million people a year to 1,074 destinations in 177 countries and regions.