China Eastern Airlines on Wednesday set up a new subsidiary called OTT Airlines. OTT will use Chinese-made aircraft like Commercial Aircraft Corp of China Ltd's ARJ21 regional jet and the C919 narrow-body aircraft in its services. 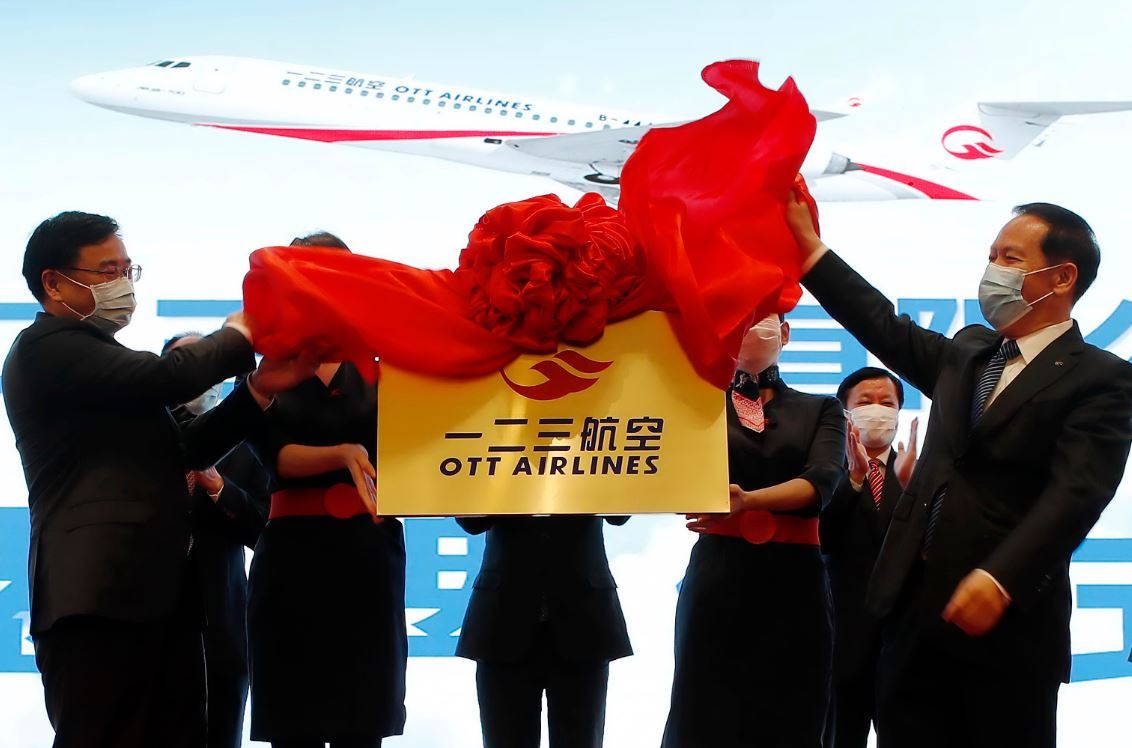 Headquartered at the Shanghai Hongqiao International Airport, OTT Airlines, or One Two Three Airlines, will also operate corporate jets to cater to the rising travel demand in the Yangtze River Delta region and beyond.

"China Eastern, a leading State-owned carrier, has taken the first step in the commercial operation of Chinese made aircraft, including the ARJ21 and the future C919," said Liu Shaoyong, chairman of China Eastern, during the new company's launch ceremony on Wednesday.

According to Liu, the Shanghai-based China Eastern would be the first among global airlines to receive the single-aisle C919 passenger aircraft. On Aug 30, 2019, China Eastern and COMAC signed an agreement the former will purchase the latter's regional aircraft ARJ21.

"The less complex a carrier's aircraft models are, the more cost efficient it is for the management," said Chen.

The collaboration between China Eastern and COMAC is aimed at promoting the commercial operation of aircraft developed in China.

"China Eastern is fully confident of accumulating experience in the commercial operation of Chinese-manufactured aircraft and supporting the progress of the nation's homemade jets in the broader aviation market," said Liu.

According to Liu, OTT Airlines will take advantage of its location in the Yangtze River Delta region and look to tap demand from people in the coastal cities and surrounding areas.

Judging by the experiences of similar companies in aviation markets like the United States, Chen sees great potential for OTT in China.

In addition to regular commercial flights, OTT's regional services would increase the frequency of flights to less popular destinations by operating the smaller regional aircraft. Its corporate jet service will satisfy requirements of business travelers to destinations that do not have regular flights, said Chen.