During the first five months of this year, 192,500 travelers from China visited United Arab Emirates' capital Abu Dhabi, more than any other nation, the Abu Dhabi Department of Culture and Tourism said in a statement on July 2. 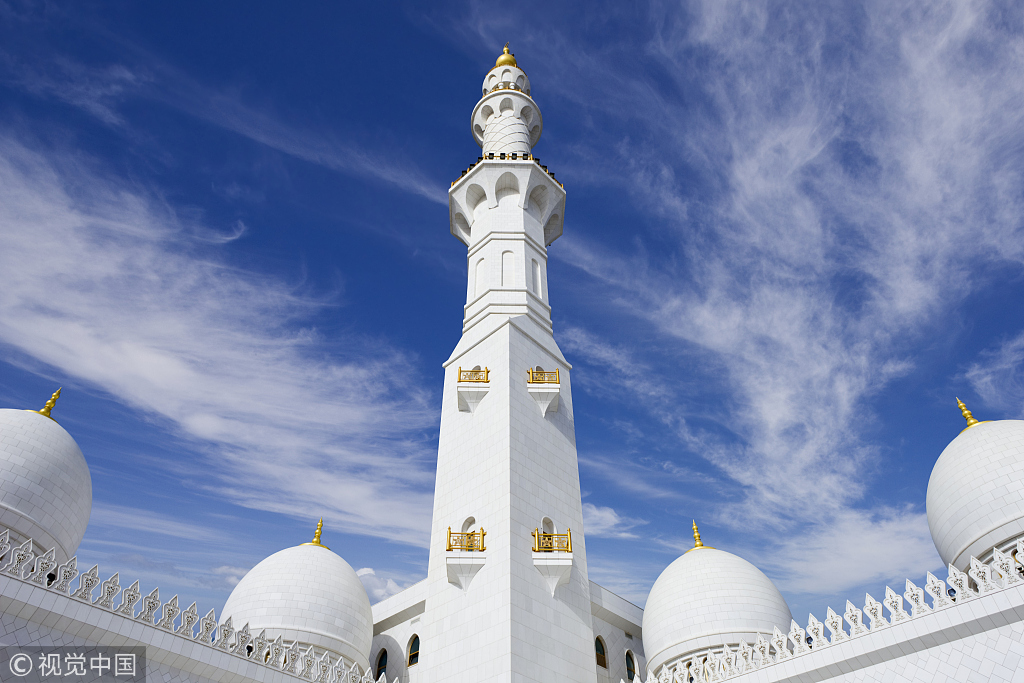 The total number of overnight hotel guests reached 2.1 million in the period from January to May, an increase of 4.9 percent year-on-year. There was a 19.9 percent increase in overall Chinese visitors in the same period.

India ranked second after China with 119,900 tourists, up 22.2 percent, while Germany recorded a 20 percent increase with 71,300 citizens visiting Abu Dhabi.

The UAE capital is home to popular tourist attractions such as the Sheikh Zayed Grand Mosque, the Emirates Palace Hotel and Ferrari World on Yas Island.

On the outlook for the future, Ghobash said that with Warner Bros World, Abu Dhabi will open its doors to another family fun park on July 25, along with a new five-star hotel.