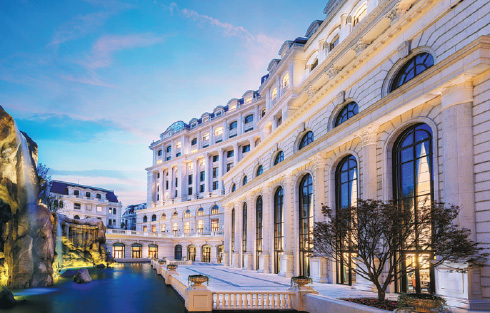 The number of five-star hotels in China stood at 845 at the end of 2019, the Ministry of Culture and Tourism said.

According to a recently released report by the ministry, China has a total of 10,003 star-rated hotels registered, including 2,550 four-star and 4,888 three-star ones.

In 2019, star-rated hotels in China brought in total revenue of over 190.7 billion yuan (about $27.5 billion), with room sales accounting for 42.49 percent and catering income covering 38.19 percent, said the report.

Among the star-rated hotels, 2,115 are state-owned and 204 are foreign-invested.

Over 1.06 million people work for star-rated hotels in 2019, according to the report.