China's tourism revenue, following that of the United States, has been the world's second largest for seven consecutive years since 2012 and is expected to keep the ranking this year, with its tourism market growing steadily in 2018, according to a report released on Wednesday.

The global tourism economy continues to grow with slight fluctuations, with tourism revenue reaching $5.34 trillion — a slower growth rate per the report, compiled by the World Tourism Cities Federation and the Tourism Research Center of Chinese Academy of Social Sciences. 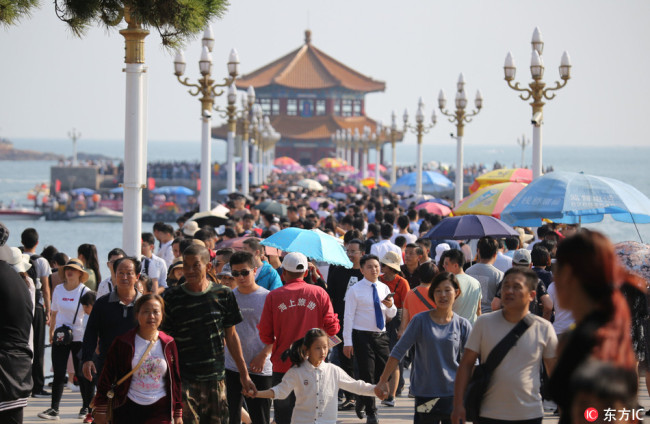 It said global total tourist arrivals, both domestic and international, grew 5 percent to 12.1 billion last year and the growth rate is expected to pick up to 5.5 percent this year.

In addition, global tourism revenue is expected to reach $5.54 trillion this year, equivalent to 6 percent of global GDP.

The domestic tourism industry in China will continue to maintain an upward trend as the number of tourists increases and per-capita consumption capacity improves, the report said.