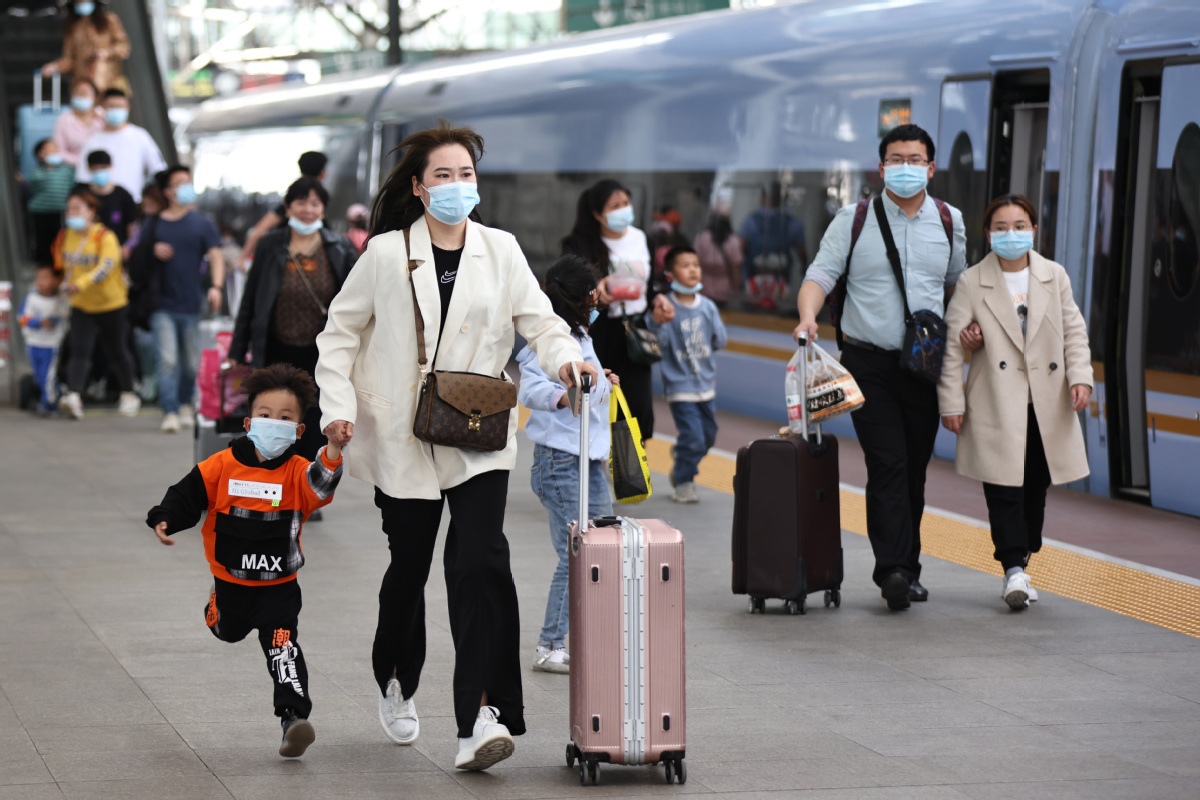 Passengers run to catch a train at Nanjing Railway Station, in the capital of Jiangsu province, on May 5. (Photo: China News Services)

Booking for travel during Dragon Boat Festival has entered its peak period this week, the Beijing News reported on Monday.

Some 100 million trips are expected to be made during the three-day holiday, according to Ctrip, an online travel booking platform.

Hotel bookings had their greatest increase — 800 percent on a yearly basis — and parent-child travel increased 320 percent year-on-year, the report said.

About 43 percent people booked accommodations for two nights and 32 percent booked for one night, followed by three-night bookers, who accounted for 21 percent, according to homestay booking platform Muniao.

Shanghai, Beijing and Hangzhou are the top three destinations for travel during the Dragon Boat Festival, according to Fliggy.

Most travelers prefer middle- to short-distance trips during the Dragon Boat Festival holiday, which lasts from June 12 to 14.