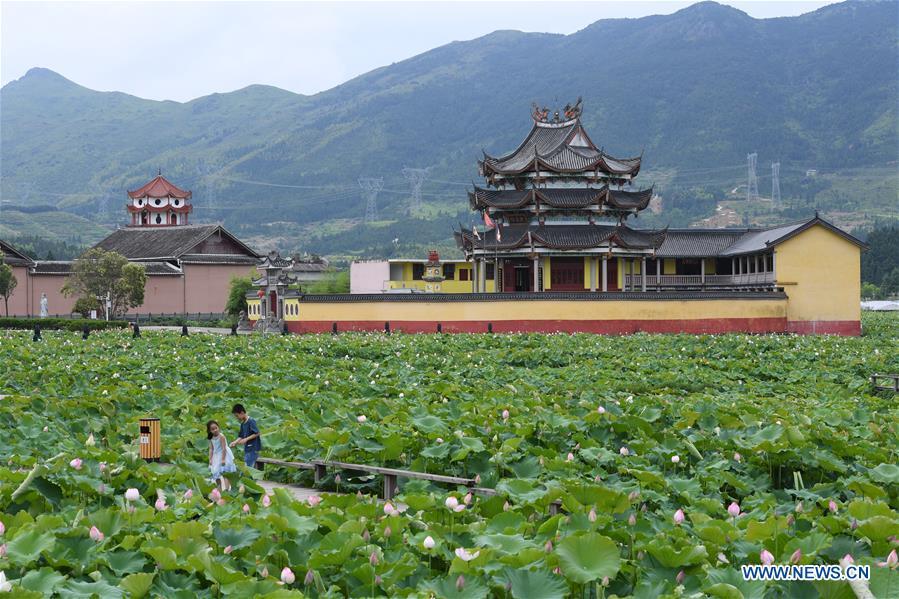 Photo taken with a drone shows tourists viewing lotus flowers at a park in the Carp Brook scenic area of Puyuan Village, Puyuan Township, Zhouning County, southeast China's Fujian Province, July 3, 2020. At the first glance, Puyuan Village appears no difference from other historical villages in China. But it's the carp fish in a local creek, known as the Carp Brook, that make the village special. (Photo: Xinhua)

China's Ministry of Culture and Tourism (MCT) has made public a list of 680 key villages for promoting rural tourism.

The selection of the villages was carried out based on the development plan for tourism in the country's 13th five-year plan, and a guideline of the State Council on the vitalization of rural industries.

To be listed, a village should be rich with cultural and tourism resources, boast sound protection and conversion of rural traditional culture, and have a mature and high-quality tourism product system. It should also boast a beautiful ecological environment with well-rounded infrastructure and public services, among other key requirements, to be up to the standard, according to the ministry.

The list is the second of its kind, as 320 villages made the first list unveiled in July last year.