LOS ANGELES — China National Tourist Office announced a new campaign, the “Beautiful China — Journey along the World Heritage,” in Salt Lake City in the western US state of Utah on Aug 21, aiming to attract more tourists from the United States. 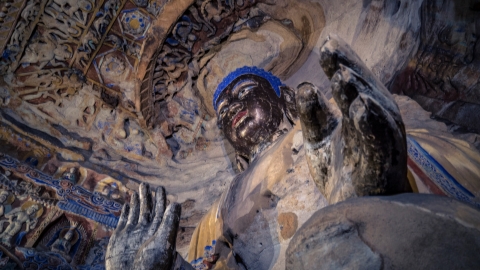 The event sought to promote the 53 UNESCO World Cultural and Natural Heritage sites in China and bring innovative new products to the outbound tourism market in the United States.

During the event, which was also attended by representatives from Utah Office of Tourism, the tourism resources from all the 53 UNESCO World Cultural and Natural Heritage sites were unveiled to the public.

“China is one of the countries having the largest number of World Heritage Sites waiting to be explored,” she added.

“It is a great opportunity to know more about China and it is also an effective way to expand friendship between China and the state of Utah,” said Rachel Bremer, manager for Global Travel Trade and Destination Development from Utah Office of Tourism, adding that there are quite some partnership opportunities in China as Beijing will be the host city of the 2022 Winter Olympic Games.

As one of the four great ancient world civilizations, China has one of the most complete sets of heritage sites over a broad range and boasts the largest number of World Cultural and Natural Heritage Sites.