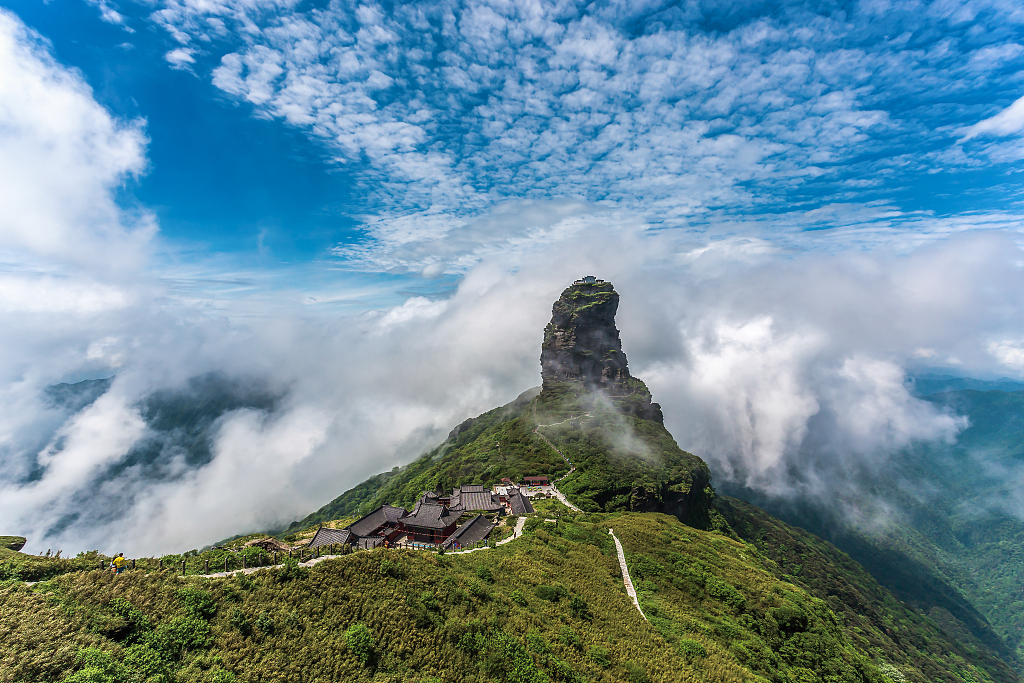 The country is home to 13 natural sites and four mixed sites, Zhou Zhihua, an official with the National Forestry and Grassland Administration, said Friday at a news conference regarding cultural and natural heritage day which falls on June 8.

Natural sites include the Sichuan Giant Panda Sanctuaries and Mount Fanjingshan which was inscribed last year. Mount Taishan is one of the mixed sites which contain elements of both natural and cultural significance.

Since ratifying the Convention Concerning the Protection of World Cultural and Natural Heritage, China has had one of the fastest-growing countries in world heritage, Zhou said.

The country has also enhanced legal, managerial and technological support of the protection of its world natural heritage, establishing a management system with Chinese characteristics, she added.

China's world heritage has contributed to the country's ecological and socioeconomic development and showcased its image to the world, with sites receiving over 12 million inbound tourist trips last year, she said.