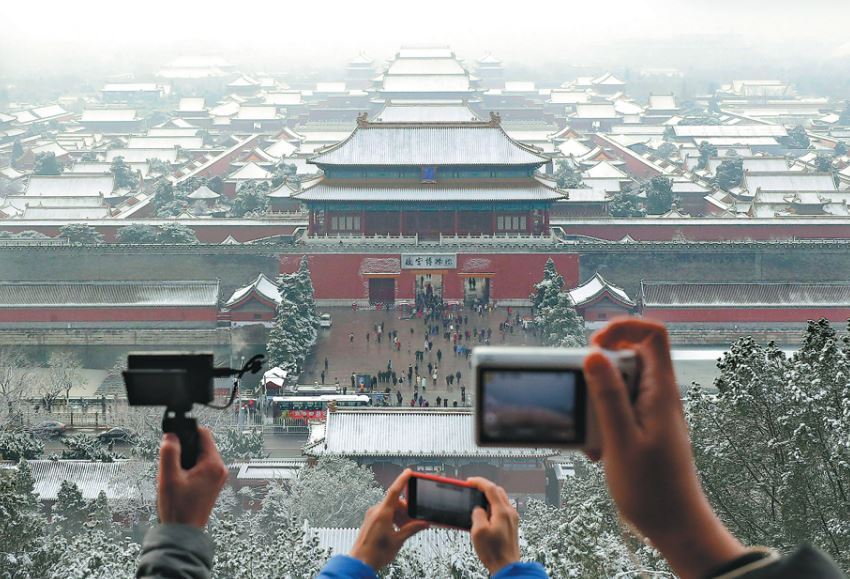 The Palace Museum in Beijing is blanketed in snow in December, 2019. The city is forecast to stand among top tourist destinations during the upcoming Spring Festival holiday. (Photo: Xinhua)

According to a report released on January 8, China once again ranked second among all countries in the world in terms of tourism revenue, led by United States.

The report was jointly developed by the World Tourism Cities Federation and the Tourism Research Center at the Chinese Academy of Social Sciences.

The country's tourism revenue has consistently placed second since 2013, the report said.

The report predicts tourist visits will increase by 4.2 percent to 12.82 billion in 2020, and tourism income is predicted to reach $6.02 trillion.