China saw 6.01 billion domestic travelers and 300 million inbound and outbound travelers in 2019, up 8.4 percent and 3.1 percent year-on-year, grabbing a revenue of 6.63 trillion yuan ($953.3 billion) and showing 11 percent growth from 2018, the China Tourism Academy announced in a report released on Tuesday. 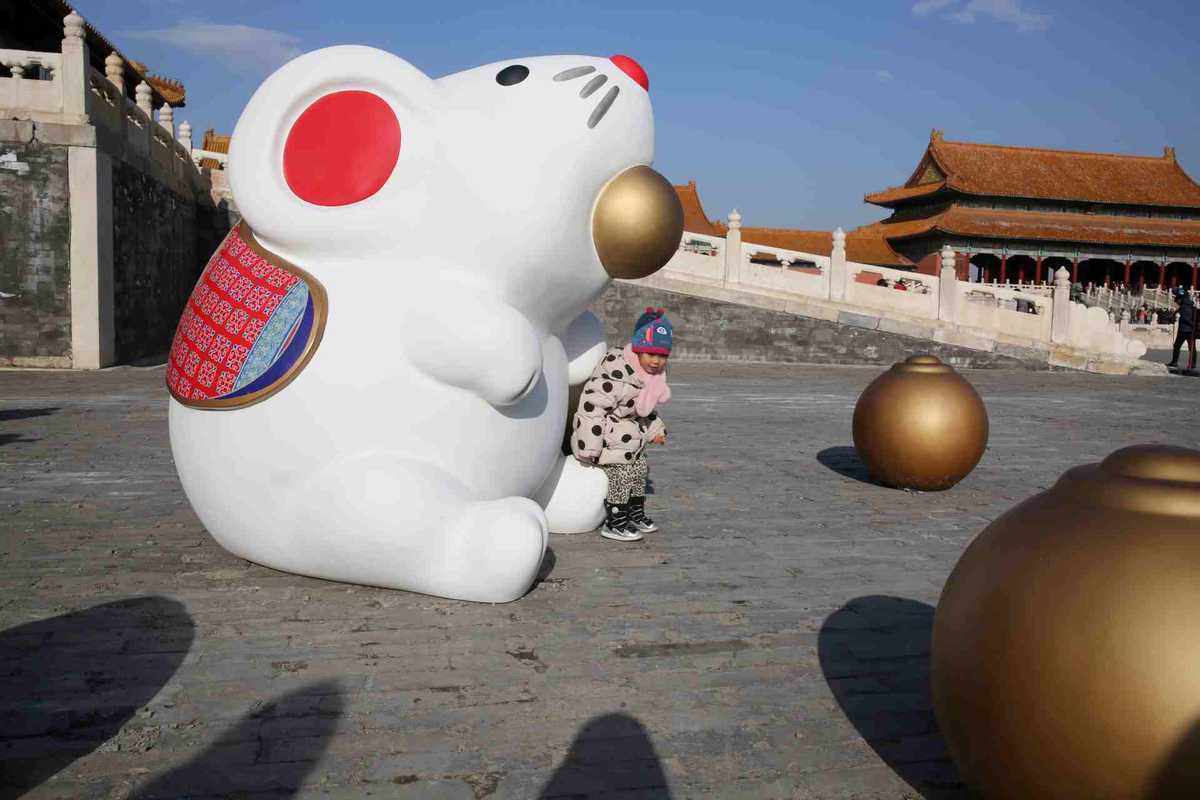 A child sits on an installation of a rat, the Chinese zodiac sign for the Lunar New Year, at the Forbidden City in Beijing, Dec 27, 2019. (Photo: Agencies)

Travelers from Asia accounted for 75.9 percent of the total inbound travelers, followed by travelers from Europe with a 13.2 percent share.

In addition, the report shows revenue generated from international tourism stood at $131.3 billion, up 3.3 percent year-on-year.