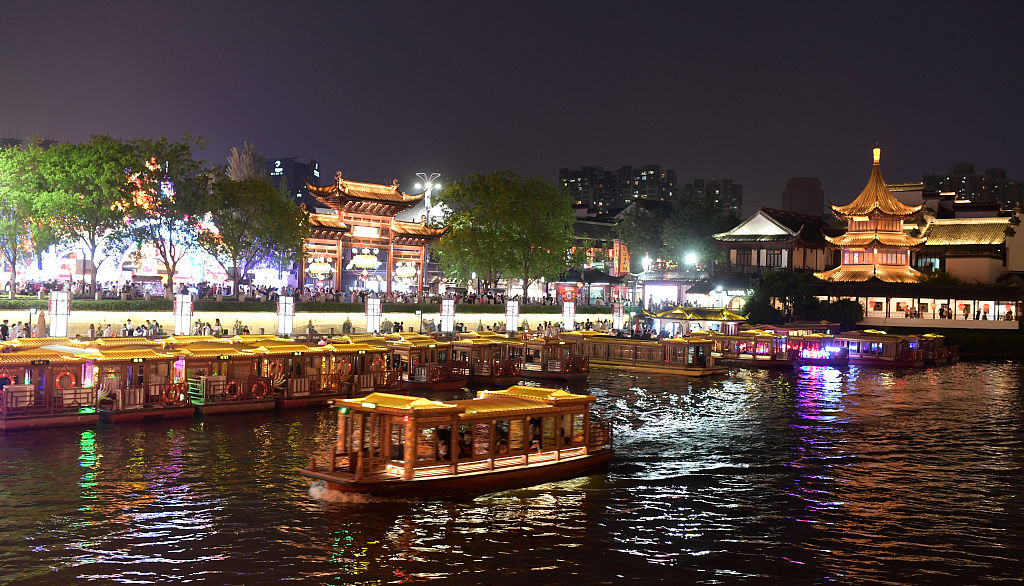 Some 19.3 million tourist trips were made in China on May 4, bringing the total number of domestic visits to over 104 million in the first four days of the five-day May Day holiday, making 43.23 billion yuan (6.08 billion U.S. dollars) in tourism revenue, the Ministry of Culture and Tourism said Monday.

An earlier report, released by the Tourism Research Center of the Chinese Academy of Social Sciences, predicted that domestic trips in 2020 would fall by nearly 35 percent year on year to about 3.9 billion, if the epidemic ended in early June. Regarding the May Day holiday, it estimated 31 million domestic trips across China with 16.5 billion yuan (2.32 billion U.S. dollars) of tourism revenue.

Before the holiday began, Ctrip, China's leading online travel agency, estimated that the number of travelers during the May Day holiday to be more than twice that of Tomb-Sweeping Day holiday that fell between April 4 and 6, with tourist numbers possibly nearing 80 million to mark the first real tourism peak since the novel coronavirus epidemic outbreak.

From the disinfection of tourist attractions and restricting daily tourist numbers, to mandatory online reservations, temperature checks, mask-wearing and health QR code checks, a series of precautionary measures against the COVID-19 epidemic are in place at the scenic sites across China since their reopening.

In the popular coastal city of Qingdao in east China's Shandong Province, cruise ships have resumed operations during the holiday season. However, more visitors means precautionary measures need to be taken more seriously. Wearing a protective face mask is a must during the journey and tourists are asked to keep a safe distance from others.

Along with warmer temperatures, some Chinese cities have also witnessed night tourism getting back on track during the holiday.