TRAVEL China's Flora Tour: One of the earliest flowers blooming in spring

China's Flora Tour: One of the earliest flowers blooming in spring 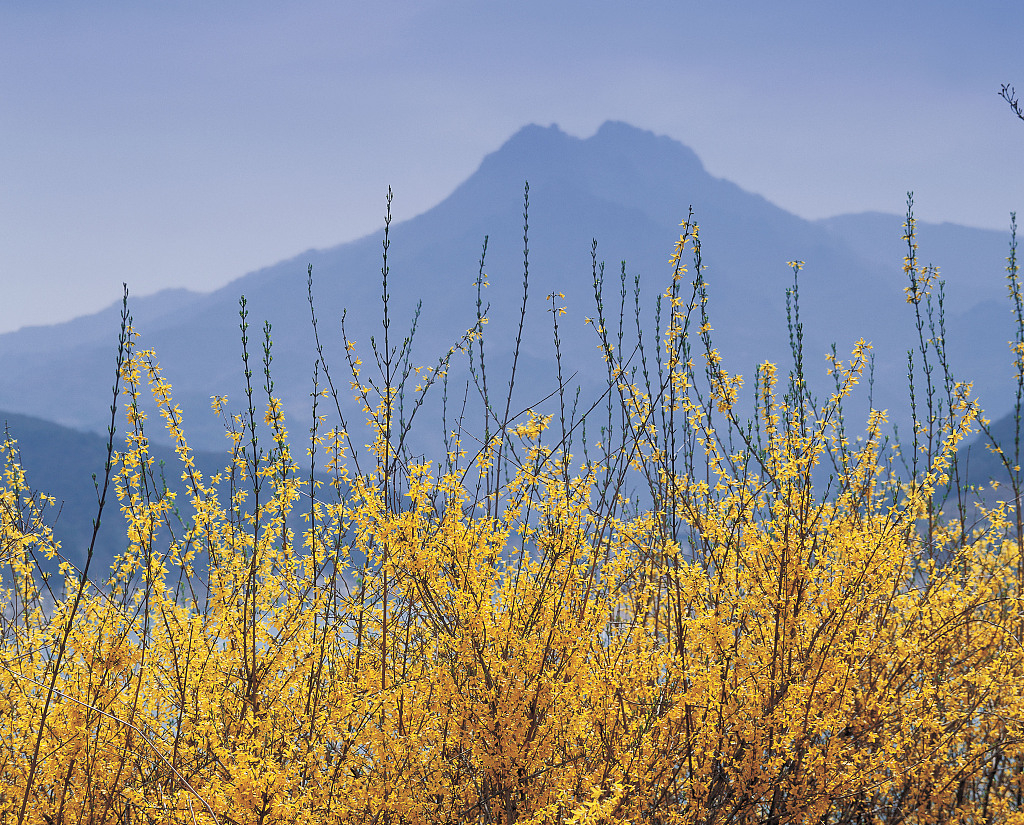 Forsythia is one of the earliest flowers blooming in spring, between March and May. It is a popular landscape plant known for its bare branches filled with brilliant yellow flowers. Jasminum nudiflorum is sometimes mistaken for forsythia because of its similar color.

It has four petals and its branches stretch upward, while the Jasminum nudiflorum flower has six petals with drooping branches.

Forsythia is native to China and has been cultivated in China and Japan for a considerable time. The plant occurs in Anhui, Hebei, Henan, Hubei, Shaanxi, Shandong, Shanxi and Sichuan provinces. It's easy to grow because it is hardy and can tolerate partial shade, but it grows best in full sun.

During July and August the forsythia produces fruit, which is often used in traditional Chinese medicine, proven by some of the earliest Chinese medical texts dating back to some 4,000 years. It is often prescribed in combination with other plants and may have anti-inflammatory and antipyretic effects.

From the wetlands along the coast to the dense rain forests hidden in southwestern China, all boast an array of plant species. In this series, we will go on a tour to learn about some of the most representative flora in different provinces and see how they live in harmony with the local geography and climate.