Zhangjiajie, a picturesque tourist spot in central China, is regarded by many foreign visitors as an elysium on Earth, and a money printer for an increasingly growing number of Vietnamese travel agencies and airlines.

"Zhangjiajie looks like an Elysium on Earth with bewitching scenery. It is a magnet which lures numerous foreign visitors, including Vietnamese," Nguyen Duc Tam, vice president of Vietjet, Vietnam's first budget airline, said on Wednesday in Vietnam's capital city of Hanoi.

He made the statement at a ceremony held in the capital by authorities of Zhangjiajie city, in Central China's Hunan province, to promote tourism between the Chinese city and Vietnam in general and Hanoi in particular.

According to him, seeing the great potential of Zhangjiajie's tourism development, Vietjet, which has launched a total of 30 regular air routes between Vietnam and China since 2014, has recently started direct flights between several major localities, including Hanoi, Da Nang and Nha Trang and cities in Hunan such as Zhangjiajie and Changsha.

"We are preparing to launch a direct route between Ho Chi Minh city and Zhangjiajie with a frequency of two flights a week to help Vietnamese people discover the Chinese city and the other way around," the Vietjet official said, adding that his carrier will increase its number of routes to China to 38 by the end of this year for its long-term business.

Besides Vietnamese airlines, travel agencies have seen remarkable business opportunities in Zhangjiajie's uniqueness, both in terms of natural landscapes and cultural beauties.

"There is nothing for visitors to complain about in Zhangjiajie. Its unique beauty is breathtaking. Earlier this month I organized a tour to Zhangjiajie for all of our company's employees. Later this year, we will start offering Vietnamese visitors' tours to Zhangjiajie," Hua Ke Van, manager of Hanoi-based Luxury Tour Company, told Xinhua on Wednesday.

According to Van, more and more Vietnamese visitors, especially younger people, are opting for Chinese destinations such as Zhangjiajie and Fenghuang Gucheng (the Phoenix ancient town) in Hunan, to admire both their magnificent nature such as mountains, waterfalls and canyons, and cultural facets of ethnic minority people, as well as experience adventurous sports such as downhill cycling, jumpsuit flying and bungee jumping, all with reasonable charges.

"Our potential customers can choose tours to Zhangjiajie either by coach and train or by air. In the near future, high-speech trains will become operational, linking southern China's Guangxi Zhuang Autonomous Region and Hunan, which will facilitate transport of our customers to Zhangjiajie," he said.

Many other Vietnamese travel agencies have similar plans to further tap into the great tourism potential of Zhangjiajie.

"Now, we sometimes use the whole charter flights to transport our customers to Zhangjiajie. When more direct air routes between Vietnam and China are opened, and more expressways and high-speed rail routes are launched and connected, I dare say that many more Vietnamese people will flock to Zhangjiajie," Nguyen Thuy Linh, a sales executive at A Nam International Travel Service Company, in Hanoi, told Xinhua on Wednesday.

Customers of Linh's company, both the elderly and the young, visit Zhangjiajie either in summer to enjoy its pure air and evergreen trees, or in winter to experience snowfall in the wild, the sales executive said, adding that among places of interest in the Chinese city, Wulingyuan, part of the Wuling Mountain Range, impresses her most.

"When watching Hollywood blockbuster Avatar, I knew that the mountains in the movie are those in Zhangjiajie in reality, and wished to see such a fairyland with my own eyes, and now my dream has come true," Linh said, adding that she has set foot on a dozen sandstone pillars, and natural and glass bridges.

Wulingyuan, a UNESCO World Heritage Site, houses more than 3,000 quartzite sandstone pillars and peaks, many over 200 meters in height, along countless ravines, rivers and waterfalls. It also has 40 caves, and two natural bridges, namely Tianqiashengkong (bridge across the sky) and Xianrenqiao (bridge of the immortals). 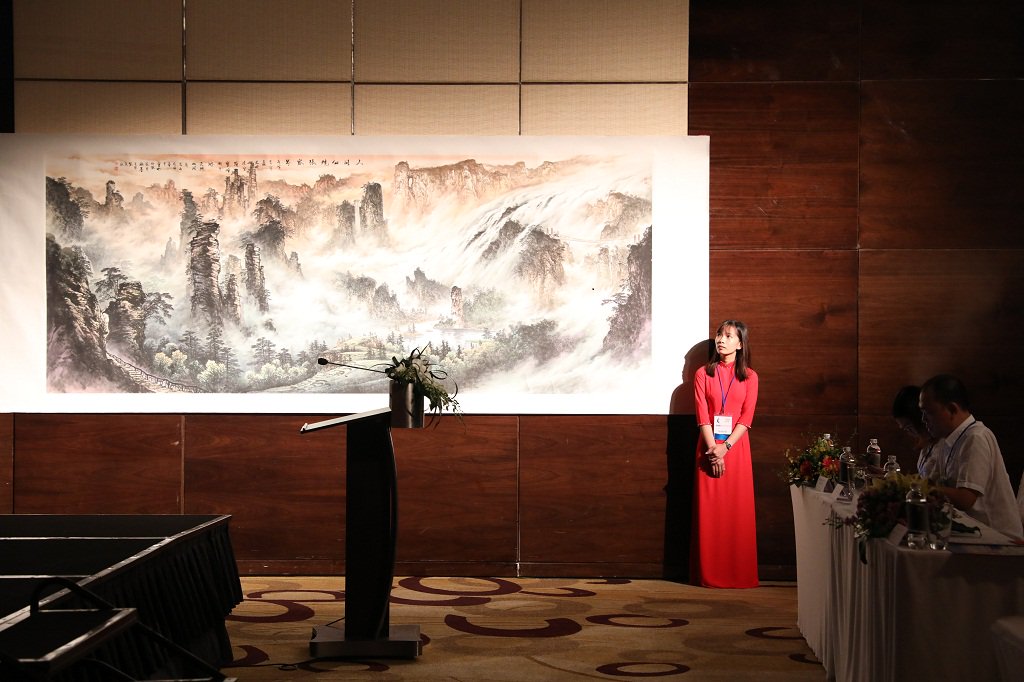 Above Wulingyuan is a transparent glass-bottomed bridge which spans the canyon between two mountain cliffs in Zhangjiajie National Forest Park. When it became operational in 2016 with a total length of 430 meters, width of six meters and height of 260 meters above the ground, it was the longest and tallest glass-bottomed bridge in the world.

"Vietnam is yet to have glass bridges, so when I walked on Zhangjiajie Glass Bridge for the first time, it felt like I was walking on the Moon. So to speak, in Zhangjiajie, an elysium on Earth, we can experience both vivid natural and man-made beauties. I will take my parents to Zhangjiajie this summer," Nguyen Quynh Trang, a fourth-year student in Hanoi, told Xinhua with a charming smile.

"In the first five months of this year, more than 20,000 Vietnamese people visited Zhangjiajie, doubling the figure compared to the same period last year, opening up a rapid and strong growth trend," Liu Shaojian, vice secretary of the municipal party committee of Zhangjiajie said.

Zhangjiajie has held many world records, including those on passenger cableways, sightseeing elevators and winding roads, he said, adding that its thriving tourism is making a valuable contribution to the fine friendship and cooperation between China and Vietnam.