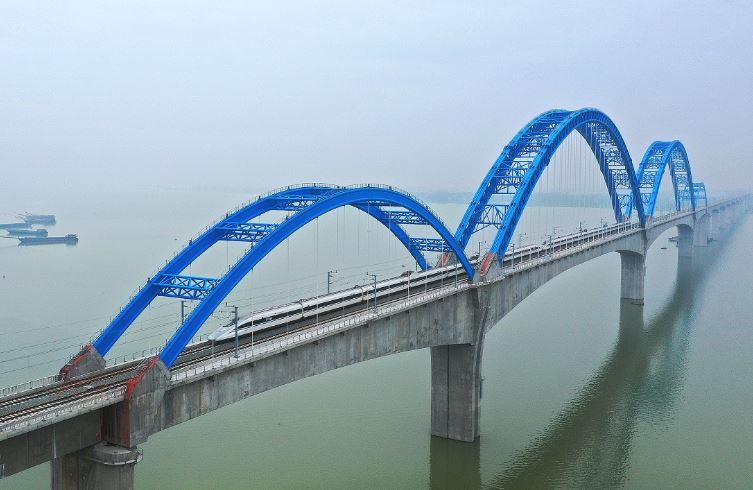 The railway linking Wuhan, capital of Hubei, with Shiyan, a city in the northwest of the province, has designed maximum speeds of 250 kph and 350 kph in its two sections, according to China Railway Wuhan Group.

The railway passes five cities, home to 46 percent of Hubei's population. It also snakes into the Qinling Mountains and reaches large expanses of impoverished areas there.

Dubbed the "most beautiful railway" in Hubei, the rail line links four national tourist attractions with the highest 5A-level ratings, including Mount Wudang, known for its many Taoist temples.

Zheng Zongli, a Wuhan resident and passenger on the first train on the line, hailed the railway for slashing travel time between the two cities of Wuhan and Shiyan to about two hours.

"It is so convenient that you can set out in the morning and arrive at Mount Wudang in the afternoon. It used to take more than a day," he said.

Shi Lilong, chief of the poverty reduction office of Shiyan, said the railway would become a powerful weapon in the local battle against poverty by bringing the mountains and its sceneries closer to tourists, unlocking the tourism potential of the mountainous region.