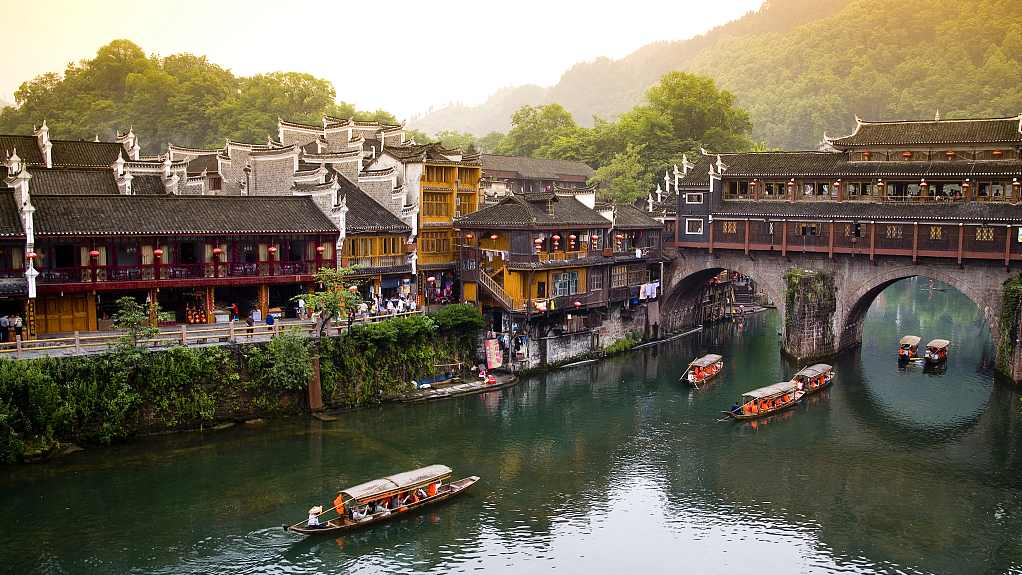 "Culture builds friendship and tourism shares happiness. Hunan emphasizes the importance of strengthening exchanges and cooperation with the U.S. tourism industry," said Chen Xianchun, director of the provincial department of culture and tourism, at the event titled "Splendid Hunan."

The event will not only introduce Hunan's abundant tourism resources and profound culture to local travellers, but also seek to enhance cooperation with the U.S. tourism industry in the fields of product research and training, said Chen to over 100 attendees, most of whom were local travel agency and cultural industry representatives.

The tourism industry plays an important and unique role in creating people-to-people connection and strengthening relations between the two countries, said Ernest Wooden Jr., president and CEO of Los Angeles Tourism and Convention Board.

Chen and Wooden held a cooperation forum on Thursday morning ahead of the promotional event, which will run through Sunday with a party themed "Taste of Hunan" and two photo exhibitions.

"Hunan is the only province that has held a tourism promotional event in Los Angeles for three consecutive years. So you can tell that Hunan really attaches great importance to the U.S. market," said Ning Wu, director of the China National Tourist Office in Los Angeles.

More U.S. tourists have been to Hunan since a direct flight from L.A. to Changsha, capital of Hunan Province, was launched in 2016, she said, adding that China and the United States are major sources of tourists and important tourist destinations for each other.

"China will further promote its market, increase the popularity and reputation of Chinese tourism," she said. "I believe the United States will also make preparations for more Chinese tourists."