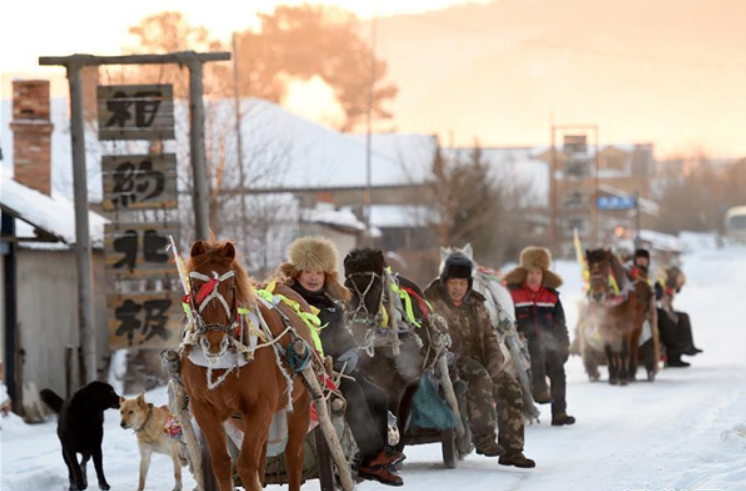 Northeast China's Heilongjiang province has extended train routes to the country's northernmost city of Mohe in a move to boost winter travel in the province, according to the local railway operator.

Train K7068/9, which travels 1,348 km between Suihua in the middle of the province and Jiagedaqi in the northwest, has extended its route to reach Mohe from Dec 20 to Feb 17 next year, said China Railway Harbin Group Co., Ltd.

The temperature in Mohe this winter dropped to as low as minus 40 degrees Celsius, but many tourists still come, especially for its Arctic Village, which features a spectacular snow landscape, igloos and a starry sky.

Mohe has an annual ice and snow period of up to eight months. The city has developed a variety of winter tourism programs including the Arctic Plaza of China, an ice sculpture garden, ice and snow amusement park, and ice maze.