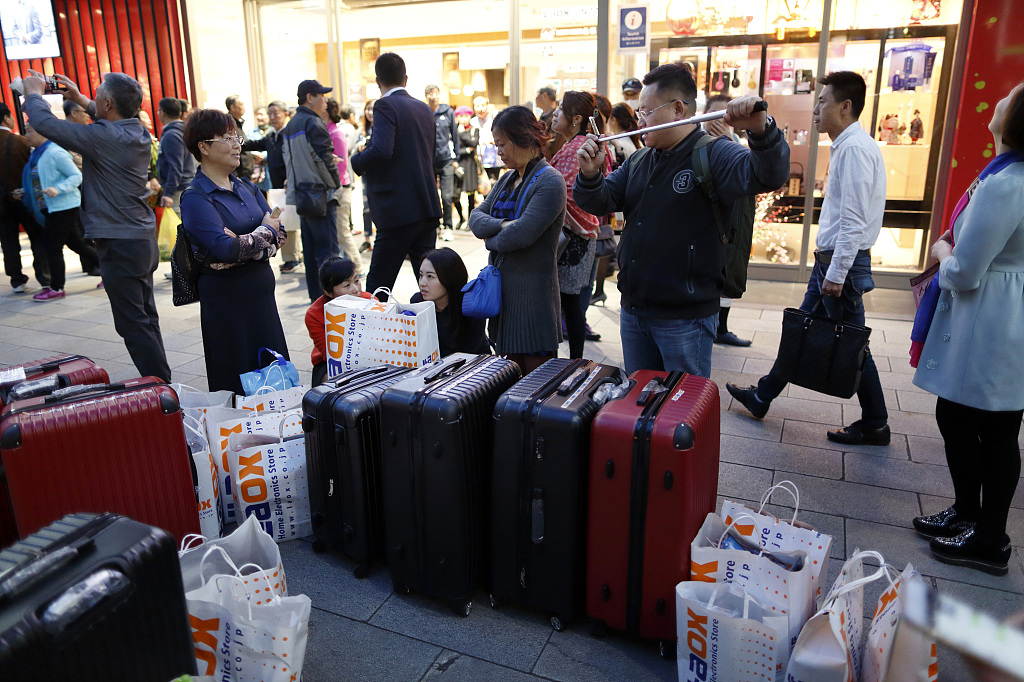 Chinese tourists wait for their tour bus in the Ginza district of Tokyo, Japan, on Friday, April 15, 2016. (Photo: VCG)

SHANGHAI, Nov. 6 (Xinhua) -- China's outbound tourists have created considerable wealth and jobs for many countries all over the world, official data showed Tuesday.

In recent years, for the travel industry in the world, China's outbound travel consumption has contributed about 16.7 percent of the added value, and created about a quarter of jobs, said the Report on China's Services Import released by Ministry of Commerce.

The country's outbound travel consumption contributed more than 10 percent to international tourist growth, said the report which was published on the sidelines of the ongoing first China International Import Expo.

China has been the world's largest source of outbound tourists and largest outbound travel consumer for six consecutive years, it said.

In 2017, Chinese citizens made 130 million times of outbound travel, an annual increase of 7 percent, with the consumption by Chinese tourists close to 20 percent of the total global travel revenue, said the report.