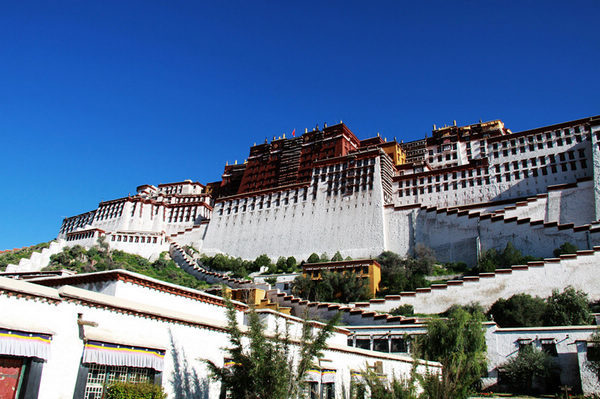 LHASA -- The Potala Palace in Southwest China's Tibet autonomous region will reopen to the public on June 3, as the COVID-19 epidemic has waned in the country.

Visitors to the Potala Palace in Lhasa, capital of Tibet, must first make online reservations while their number will be strictly controlled, according to an announcement issued Tuesday by the administration of the palace.

The 1,300-year-old palace has been shut down since Jan 27 due to the spread of the novel coronavirus.

The Potala Palace is a model of ancient architecture and home to over 100,000 cultural relics.

It was built by Tibetan King Songtsa Gambo in the seventh century and expanded in the 17th century by the fifth Dalai Lama. The palace was included on the UNESCO World Heritage List in 1994.