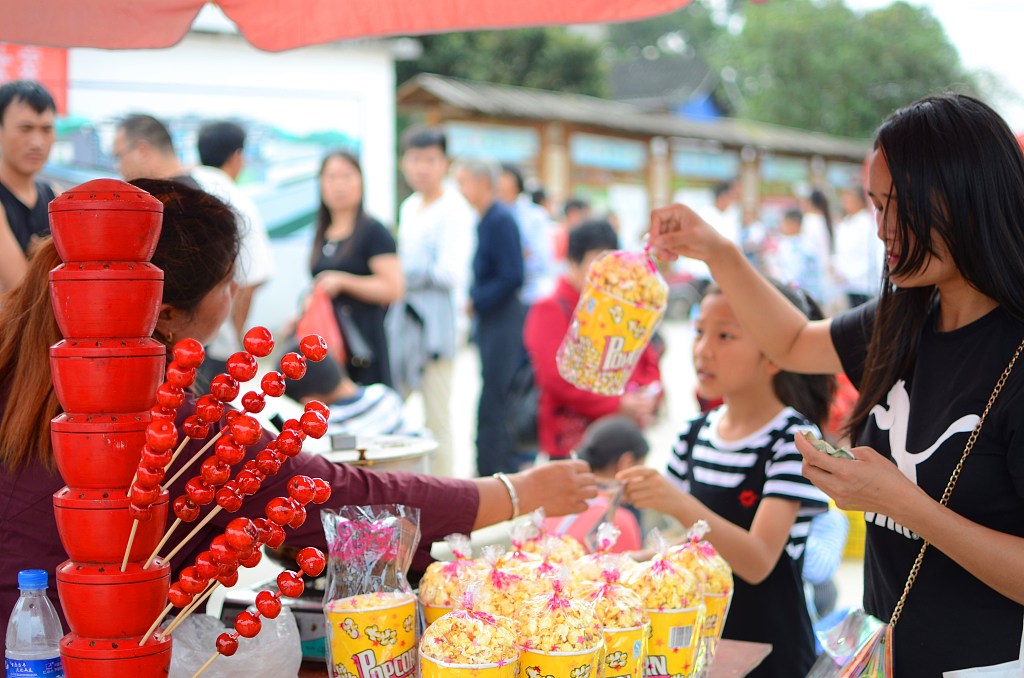 ROME, Sept. 27 (Xinhua) -- China's practices in poverty alleviation through tourism were in the spotlight at the UN Food and Agriculture Organization (FAO) here on Friday, as the World Tourism Day was being celebrated at global level.
Held at the FAO headquarters, the event consisted of a conference and a photo exhibition, both focused on how policies promoting responsible tourism in rural areas were being effective in supporting development of China's poverty-stricken communities.
10 MLN OUT OF POVERTY
Various relevant projects running in Chinese rural villages and counties were showed in the exhibition.
At the same time, keynote speakers stressed how tourism -- if boosted in a sustainable way -- was key not only to boost economic growth, but also to empower local farmers, reverse agricultural land abandonment, and preserve local farming and handcraft traditions.
"In some areas, tourism is the only tool for rural people to escape poverty, and it is playing a major role (in this perspective) in China," Zhang Yuan, a director at the World Tourism Alliance (WTA), told the audience.
The China-initiated alliance is a non-governmental and non-profit organization.
Citing figures from an official report in 2017, Zhang Yuan said rural tourism helped lift some 10 million people out of poverty in the country since 2011.
The WTA director further explained the positive impact of policies promoting sustainable tourism in poor-stricken areas was varied, since such policies usually resulted in improving infrastructure, preserving at the same time the local communities' cultural traditions -- which represent an attraction for visitors -- and overall improving the ecological environment in those areas.
In his address to the conference, China's Ambassador to the FAO Niu Dun stressed it was indeed not by chance that several sustainable development goals (SDGs) in the UN 2030 Agenda were closely linked to both tourism and agriculture.
GIAHS PROGRAM
This was one reason why FAO recognizes and supports the Globally Important Agricultural Heritage Systems (GIAHS), said Rene Castro-Salazar, FAO Assistant Director-General for Climate, Biodiversity, land and Water Dept.
"The GIAHS represent a FAO program that aims to identity, safeguard, and promote the international recognition of remarkable, traditional agricultural systems and the associate landscape, biodiversity, knowledge system, culture and people," Castro-Salazar explained.
He recalled the purpose of such program was not only to design GIAHS around the world, but also to ensure "their good management through dynamic conservation" of the core elements of such systems.
"Various activities to promote the condition of farmers are critically important to attain the economic sustainability of GIAHS, and, in this regard, the promotion of a tourism that takes advantage of the values arising from the FAO designation can be one of the effective tools to generate income," Castro-Salazar noted.
The FAO was being currently updated on the efforts carried out by GIAHS to develop their own tourism systems, according to the official.
"In particular, China -- as leading country of GIAHS in the world -- has several sites that have been successful in promoting tourism to revitalize the rural economy," he stressed.
"Rice terrace GIAHS sites in the southern part of China, the rice-fish culture sites, and the mulberry-dyke and fish pond sites are examples of these cases."
Friday's event was organized by the WTA and the China National Tourism Office in Rome with the support of FAO.