BEIJING, Feb. 6 (Xinhua) -- Railway passenger trips in China rose 8.6 percent year on year to 143 million during the first 15 days of the annual travel rush around the Spring Festival. 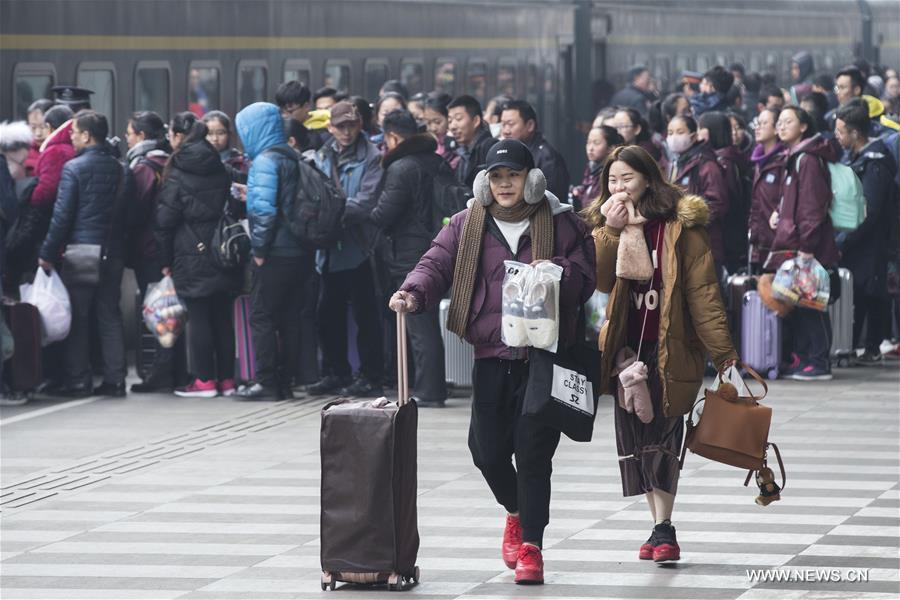 On Jan. 26, more than 10.49 million passenger trips were made by rail, a daily record for the travel rush, data from the China Railway Corporation (CRC) showed.

Hundreds of millions of Chinese are going back to their hometowns to celebrate the Chinese Lunar New Year with their families.

The annual travel rush (chunyun) around the festival often puts the transport system to the test.

As more trains have been put into operation, railway transport capacity improved by 5.3 percent this year during the travel rush, according to the CRC.

The Spring Festival travel rush started from Jan. 21 and will last till March 1, with railway trips expected to hit 413 million in total, up 8.3 percent.